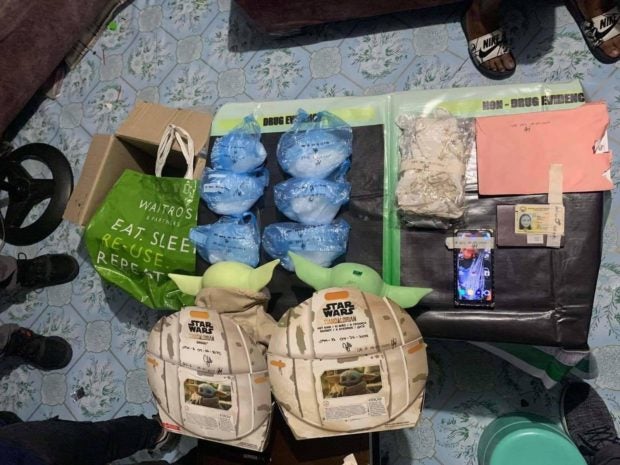 This package from London, England containing P7.8 million of “shabu” (crystal meth) was intercepted by the Bureau of Customs in the Clark Freeport Zone. (Photo courtesy of the Philippine Drug Enforcement Agency-Central Luzon)

CLARK FREEPORT, Pampanga — Bureau of Customs personnel found on Sept. 23 about 1.14 kilos of “shabu” (crystal meth) inside a package from London, England.

The discovery of the shabu led to the arrest Tuesday of the package consignee in Bacoor, Cavite, the Philippine Drug Enforcement Agency (PDEA)-Central Luzon said in a statement Wednesday.

“The prohibited drugs were discovered in an imported container labeled as ‘Babysoft Toys,’ but as customary, the package was subjected to a thorough physical inspection and field testing using Rigaku Progeny,” Guillermo quoted a PDEA team leader as saying.

Operatives pretended to be from a courier company and delivered the package to Bacoor.

P17.2M worth of shabu delivered via Clark Freeport Zone … – INQUIRER.net

BOC-Clark finds ‘shabu’ worth P3M in package from South Africa