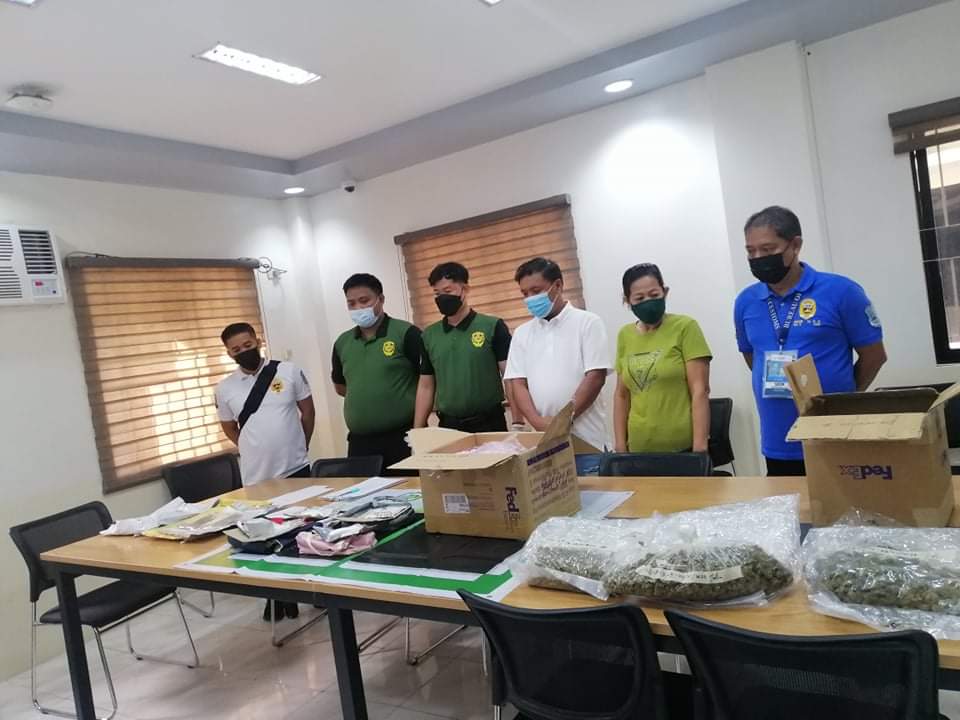 Philippine Drug Enforcement Agency-Region III operatives and Bureau of Customs-Port of Clark officials inspect the packages found containing almost P5 million worth of “shabu” and kush from the U.S. and Spain. | PHOTO: PDEA

MABALACAT CITY, Pampanga––The Bureau of Customs (BOC)-Port of Clark on Wednesday, April 27, turned over to the Philippine Drug Enforcement Agency-Region 3 (PDEA-3) “shabu” (crystal meth) and “kush” (high-grade marijuana) worth P4,850,440 that the former had found inside several parcels from other countries.

Glenn Guillermo, PDEA-3 information officer, told the Inquirer that the packages that contained illegal drugs were found between Feb. 21 and April 6.

He said the BOC-Clark found a kilo of kush from a package from the United States that was declared to contain computer parts.

On April 1, at least 500 grams of shabu were found in a package containing diaper bags, shoes, blankets, and baby pacifiers. It also came from the United States.

On April 4 and 6, two parcels from Spain declared as containing apparel were found to have 100 grams of kush each.

The parcels also contained menthol candies and flavored biscuits, apparently to hide the smell of the illegal drugs.

Guillermo said none of the consignees of the packages had been arrested. He said PDEA-3 and BOC-Clark repeatedly tried but failed to contact the consignees for entrapment operations against them.

“Nobody also came to claim the parcels from the Port of Clark. The BOC just turned over the parcels to PDEA-3,” he said.

He said the seized shabu and kush would be turned over to the PDEA Airport Interdiction Unit for safekeeping and eventual destruction in accordance with the Comprehensive Dangerous Drugs Act of 2002.