BOC-Clark finds ‘shabu’ worth P3M in package from South Africa 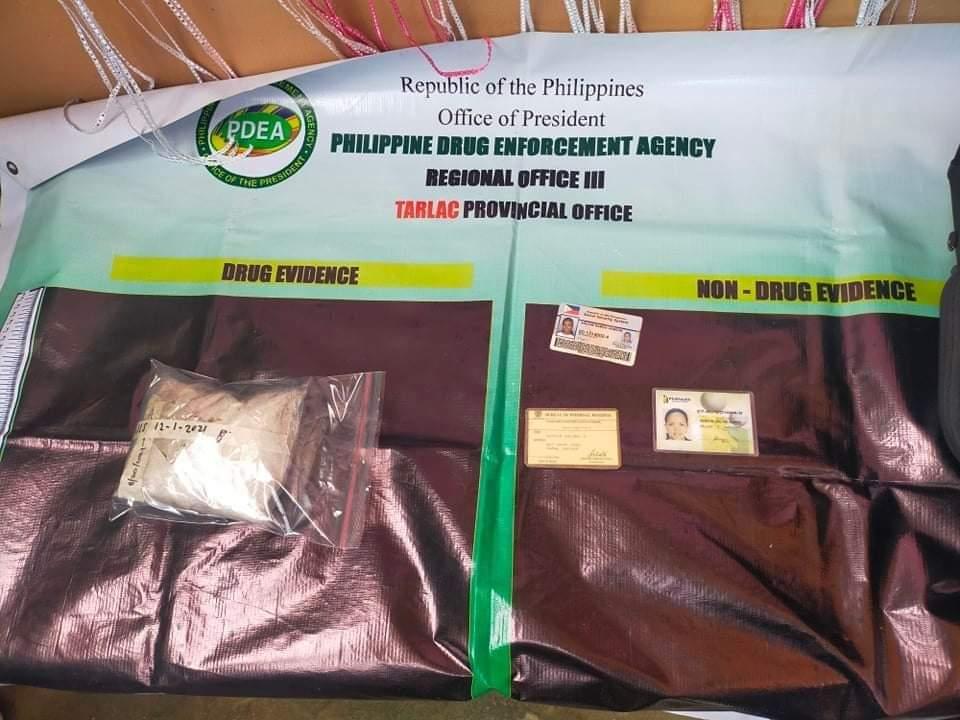 The alleged shabu inside a small zip-lock plastic bag seized by authorities and the identification cards of the suspect. (Photo from PDEA-Region 3)

CLARK FREEPORT, Pampanga––Authorities arrested on Wednesday a woman in Hermosa town, Bataan province, a day after the Bureau of Customs Port of Clark (BOC-Clark) discovered some P3 million worth of suspected “shabu” (crystal meth) in a package consigned to her from South Africa.

In a statement, the Philippine Drug Enforcement Agency-Region 3 (PDEA-3) identified the suspect as Arlyne Gemzon.

“The illegal drugs were concealed in a package declared as clothing from Capetown, South Africa,” it said.

After finding the shabu, BOC-Clark notified PDEA-3, and a “controlled delivery operation” was planned and undertaken in cooperation with the police and military to arrest the consignee.

Operatives posed as delivery personnel of a courier company to lure the suspect into accepting the package.

PDEA-3 said Gemzon was facing charges for alleged importation of dangerous drugs under Section 4 of the Comprehensive Dangerous Drugs Act of 2002.