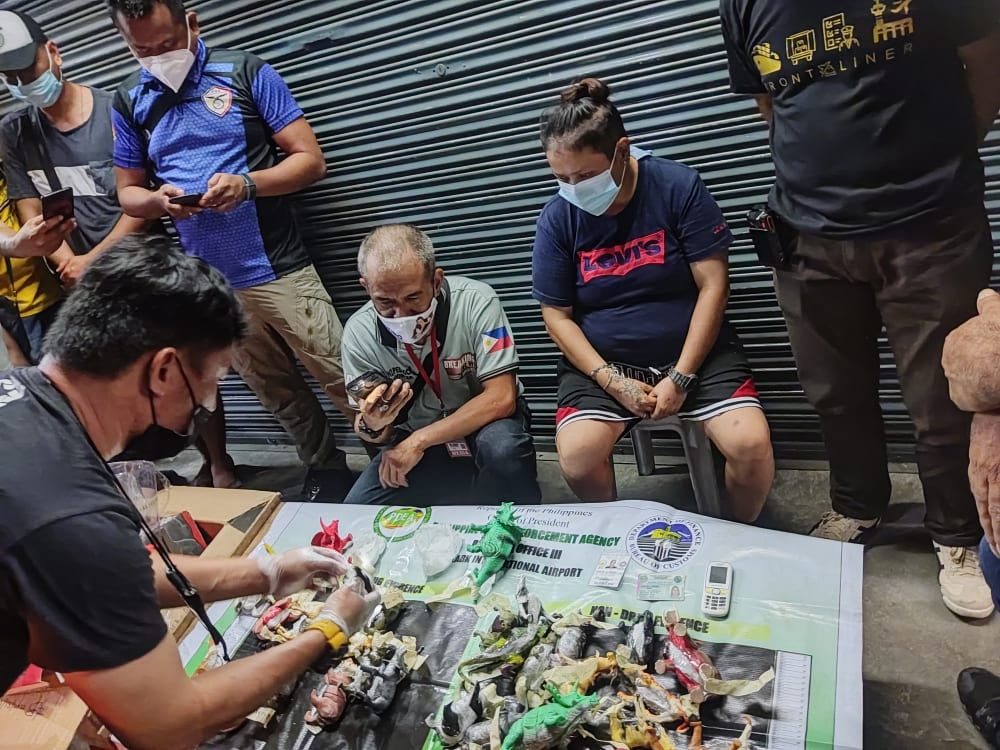 Authorities inspect the plastic packs containing alleged “shabu ” (crystal meth) that were placed in a package that was declared as kids’ toys and arrived at Clark International Airport on Wednesday, march 16. (Photos courtesy of PDEA)

OLONGAPO CITY — Anti-narcotics agents on Wednesday confiscated a package containing at least 1 kilo of alleged “shabu” (crystal meth) worth P6.9 million at a warehouse inside the compound of Clark International Airport in Pampanga province.

In a report, the Bureau of Customs in Port of Clark said a composite team from the bureau, the Philippine Drug Enforcement Agency (PDEA), and the local police carried out a controlled delivery operation around 8: 30 p.m.

The package arrived from Malaysia on March 12 and was declared as kids’ toys, but an inspection and physical examination led to the discovery of 31 plastic pouches containing the illegal drugs.

Authorities arrested Charlene Nworisa, a resident of Villa Crystal Phase 1, Barangay Bagumbong Dulo in Caloocan City when the package was delivered to her.

The suspect is facing charges for violation of the Comprehensive Dangerous Drugs Act of 2002.