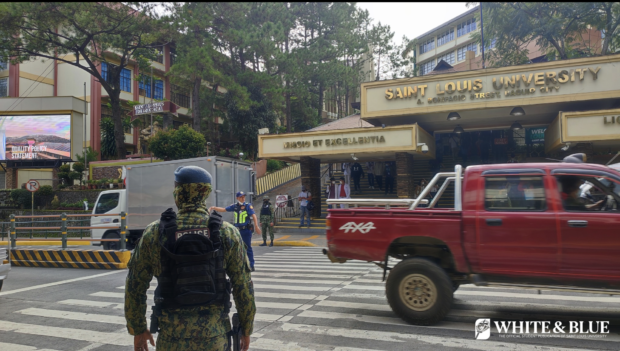 MANILA, Philippines – Student councils of the Saint Louis University (SLU) and the University of the Philippines Baguio (UPB) on Tuesday sounded the alarm on attacks against its students after it had received reports of a series of threatening text messages.

In a Facebook post, the SLU Supreme Student Council shared screenshots of the alarming messages from a still-unidentified sender that was brought to their attention.

The messages insinuated that SLU and UPB students who were opposing the government needed to prepare for a looming attack from the sender’s group.

It also mentioned that the sender’s group was already inside the SLU campus, ready to inflict harm and injury to the students.

In the wake of these circulating threats, the SLU SSC said it “vehemently condemns this crackdown against the progressive youth.”

“These acts of fascism must end now. We are one in the call to defend democracy and uphold our human rights,” it added.

The SLU SSC later noted that it has since coordinated with the Philippine National Police (PNP) to safeguard the university students and personnel.

“Due diligence by the University has been and is currently being implemented to ensure the safety of all involved. Discernment has been done as to the threat, the risks and the actual situation on campus,” it said. 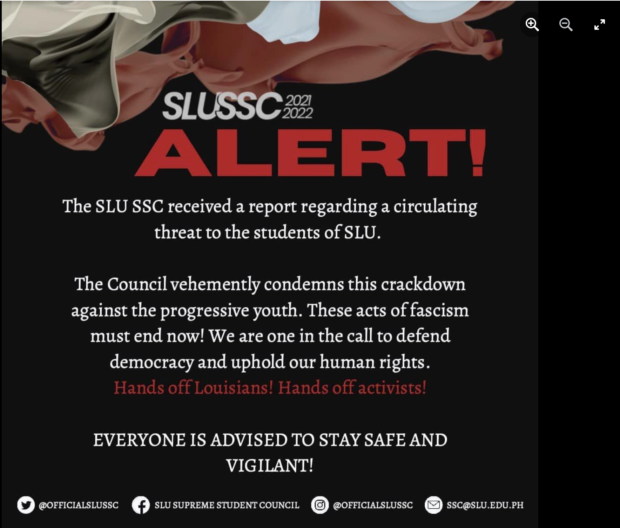 The UPB Student Council, meanwhile, echoed the sentiment of the SLU SSC, saying it “condemns this form of harassment aimed at terrorizing [their] students.”

“As a University, we encourage our students to engage in the discourse for social justice to serve as catalysts for change. As a democratic society, we should be open to varied perspectives and seek solutions to achieve inclusive development,” it said in a separate Facebook post.

It then reiterated its stance against the “malicious labelling and threats against freedom of expression.” 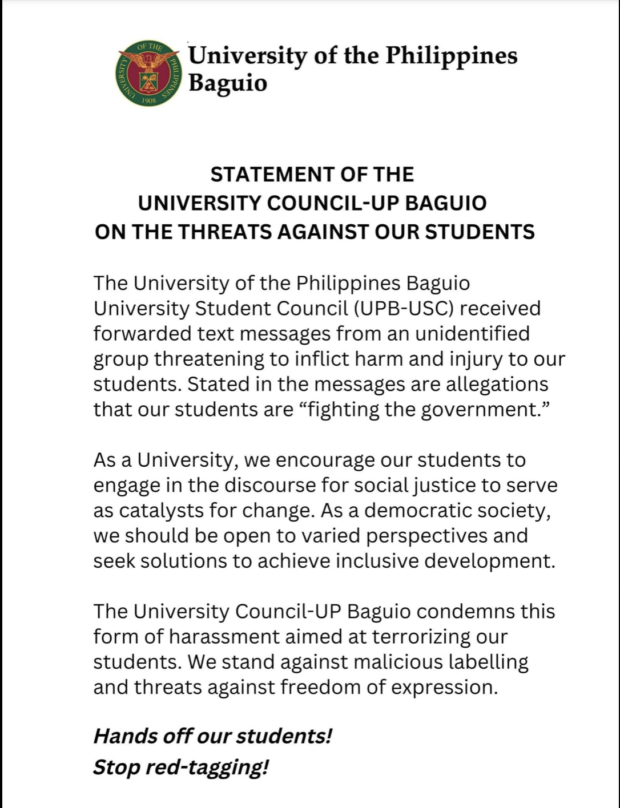 (Representatives from the SLU called us and, of course, for their security, we immediately deployed personnel this morning.)

She said they have likewise coordinated with their Regional Anti-Cybercrime Unit to validate the texts and trace their source.