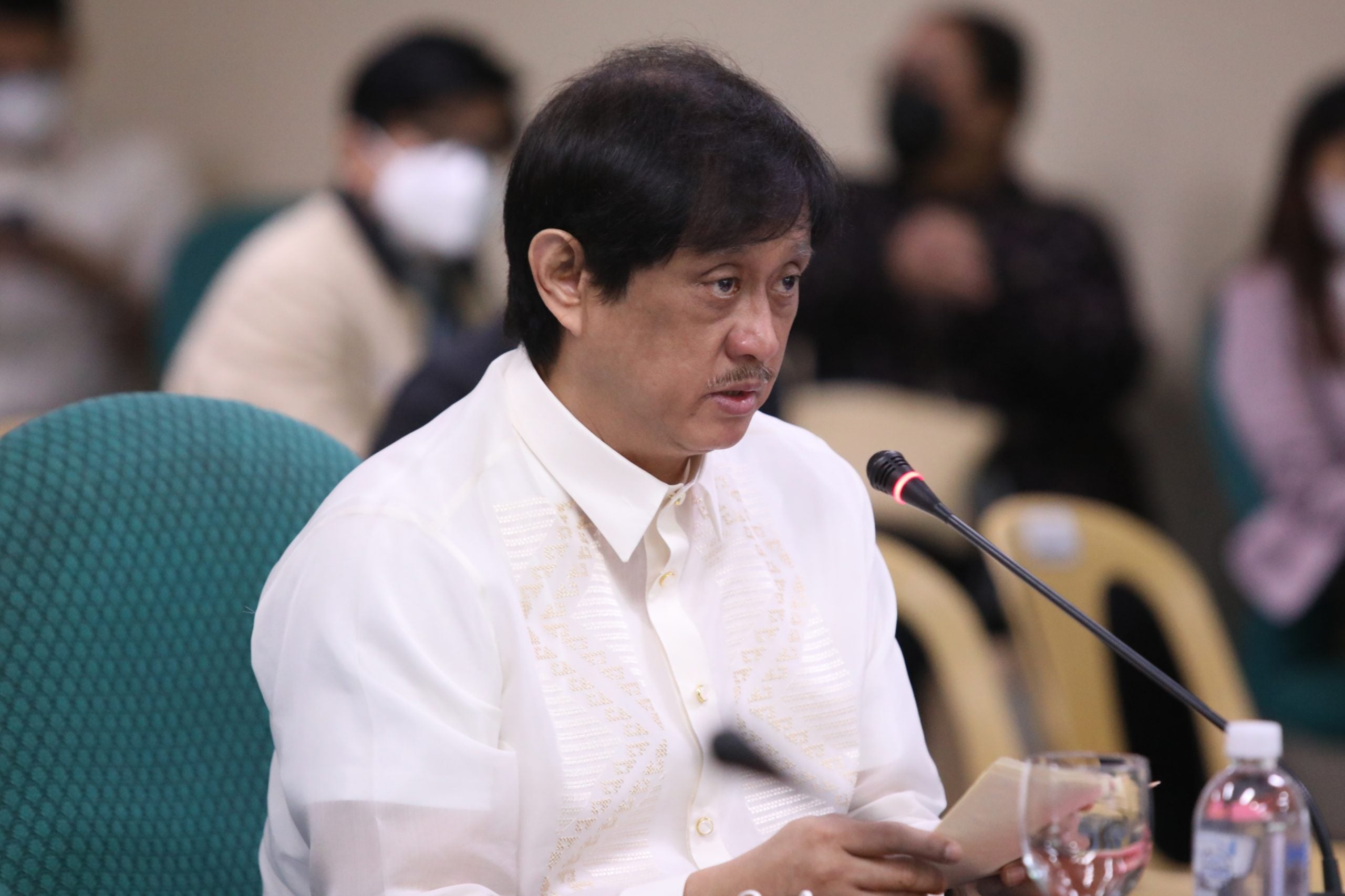 MANILA, Philippines – The appointment of Conrado Estrella III as chief of the Department of Agrarian Reform (DAR) was confirmed by the Commission on Appointments (CA) on Tuesday.

His confirmation came after the CA’s committee on agrarian reform deliberated on his qualifications and later recommended him for plenary approval.

As the panel was discussing his appointment, Estrella vowed to fast-track the resolution of more than 4,000 pending cases under the DAR Adjudication Board, and the Agrarian Law Implementation.

“We will hasten providing agrarian justice, so that there would be more titles that can be distributed. Secondly, we will use our network for the validation, and thirdly, we will have enough funds, but if you will augment this, we will not refuse,” he said in a mix of English and Filipino.

Among the other promises cemented by the DAR chief were to digitalize the department’s information database, expand support services for farmers, and empower the younger generation of farmers.

Estrella, who worked as one of the Deputy Speakers of the House of Representatives in the 18th Congress, was chosen by President Ferdinand Marcos Jr. to sit at the helm of the DAR.

During the panel deliberations, SAGIP Partylist Rep. Rodante Marcoleta pointed out that Estrella’s grandfather and namesake, Conrado Estrella Sr., similarly served as the DAR Secretary during the administration of the President’s father – the late strongman Ferdinand Marcos Sr.

“It is a case of history repeating itself?” Marcoleta asked.

In response to this, Estrella said: “Yes, sir, another Marcos appointing another Estrella as DAR head.”

To recall, Estrella served as the representative of the 6th district of Pangasinan from 1987 to 1995, and was re-elected to the same position from 2001 to 2010.

In 2013, he was chosen as representative of ABONO partylist, which aimed to push for programs in the agriculture sector.