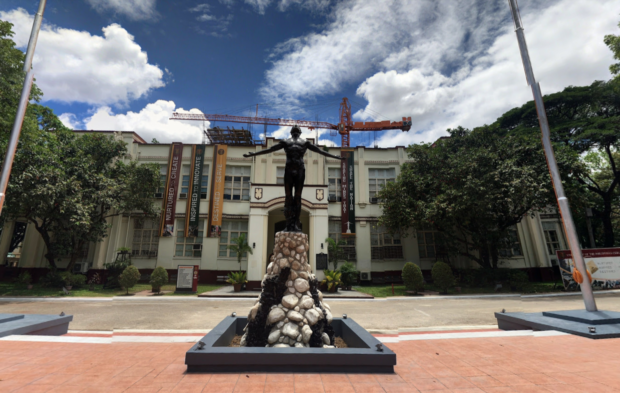 University of the Philippines (UP) Cebu . GOOGLE MAP

ILOILO CITY––The University of the Philippines Visayas (UPV) has condemned the online red-tagging of its students over their comments on the May 9 elections.

In a recent statement, UPV Chancellor Clement Camposano said many of their students were red-tagged for “passionately expressing their sentiments about the recent elections on social media.”

“They have been carelessly and unfairly branded as rebels for simply standing up for their convictions. These baseless accusations against our students are an affront to their basic right to exercise freedom of expression and opinion,” Camposano said.

Red-tagging or red-baiting is the labeling as “communist” or “terrorist” oftentimes of human rights defenders, progressive organizations, and vocal critics of the government without sufficient basis or due process.

The Commission on Human Rights has repeatedly warned of the danger of red-tagging, pointing out that many of those who were Red-tagged were eventually “killed, injured, illegally arrested, charged with trumped-up cases, or otherwise put in harm’s way.”

“Sana nga maubos na kayong salot na teroristang grupo (May all of you pestilent terrorist groups be exterminated),” according to one message sent to a student.

Another message warned the student to be careful and go easy because he was known to the sender.

Camposano in his statement said the “irresponsible comments hurled against (the students) in various group chats compromise their security and instill fear.”

“UPV, as with all other Constituent Universities of the UP System, continues to uphold the right of every student, faculty, and staff to freely express their opinions. It will continue to encourage the free exchange of ideas and promote critical thinking among its constituents,” he said.

UP Visayas slams red-tagging of its students

TAGS: online red-tagging, University of the Philippines (UP), UPV