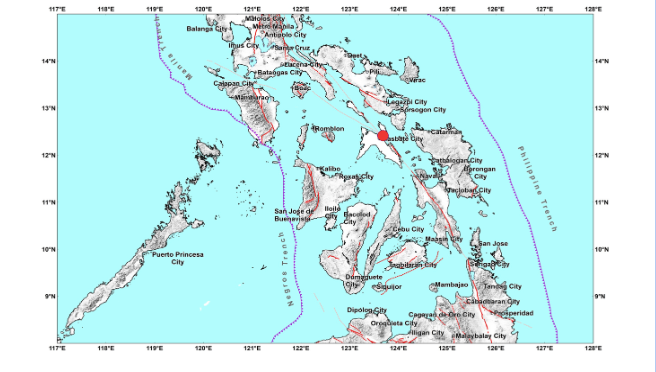 The earthquake, which was tectonic in origin, struck 56 kilometers east of Masbate City, according to the Philippine Institute of Volcanology and Seismology (Phivolcs).

The tremor occurred at 9:38 a.m. with a shallow depth of 11 kilometers, according to Phivolcs.

The earthquake is likely to cause damage, according to Phivolcs.