After failed Senate bid, De Lima to focus on dismissal of drug cases 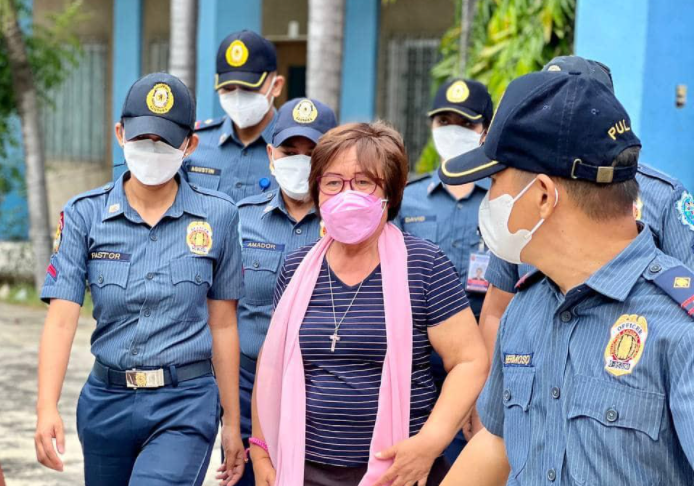 Detained Senator Leila De Lima, who is running for reelection, is escorted by her police security detail. CONTRIBUTED PHOTO

MANILA, Philippines — Senator Leila de Lima on Wednesday vowed to focus on the dismissal of the drug cases filed against her after an unsuccessful bid to return to the Senate in the recently held elections.

“I will now have to focus on the dismissal of the fabricated drug cases against me so I can finally be released. It may have taken years of injustice and persecution, but truth and justice will always prevail. It has no timeline,” she said in a news release.

Following their retracted allegations, De Lima’s legal counsel Atty. Rolly Francis Peoro urged the court to grant their motion to dismiss the cases, reverse their initial denial of their Demurrer to Evidence, or at the very least, allow the detained senator to post bail.

De Lima, a fierce critic of the administration of President Rodrigo Duterte ran but failed to secure a Senate seat. She is now detained at the Philippine National Police Custodial Center inside Camp Crame.

Last Tuesday, De Lima conceded defeat but stressed that she will “continue to fight and fight more for truth, justice, and freedom.”

De Lima accepts defeat in 2022 senatorial polls: I don’t have any regrets