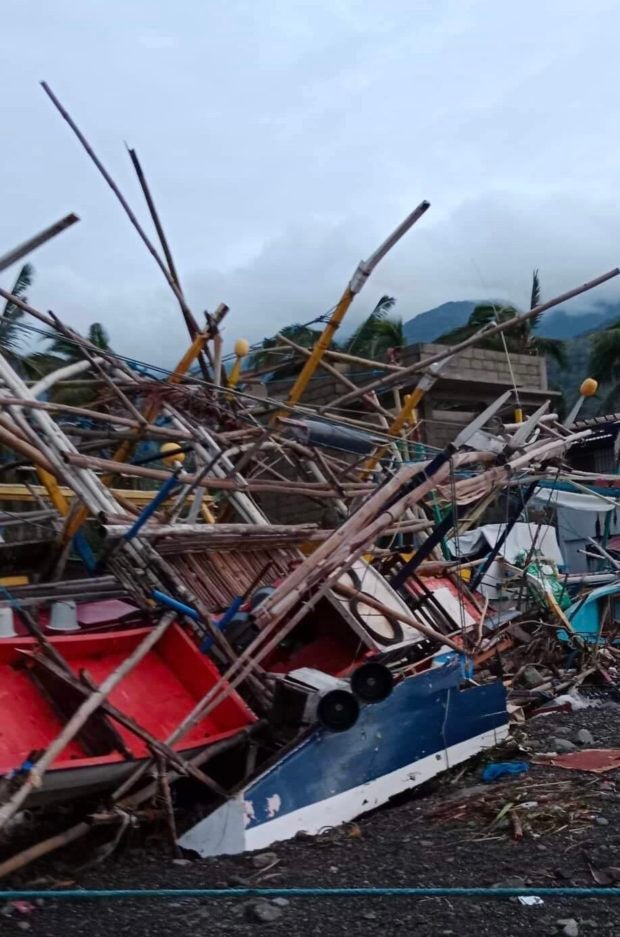 That Sunday afternoon, Super Typhoon Karding made its first landfall in Burdeos, Quezon, then in Dingalan, Aurora, bringing massive damage to homes and landscape in these two municipalities and their adjacent areas.

But what exactly is explosive intensification?

In the case of Karding, the increase in its maximum sustained winds was at 90 kph in 24 hours.

(An explosive intensification rarely happens, but this was not the first time it happened.)

(It usually happens when a tropical cyclone is about to make landfall and the environment is favorable for them to intensify further.)

READ: Rolly is world’s strongest typhoon so far in 2020 — Pagasa

Claren explained that there is a higher probability of explosive intensification when the sea surface temperature is high.

(When the sea surface temperature is high, a tropical cyclone gains more energy, which is why its rapid intensification.)

(Another reason for the rapid intensification is the vertical wind shear when the storm’s circulation is in one area only.)

Damage to infrastructure, meanwhile, stood at P3 million so far, according to the NDRRMC, while damage to agriculture was at around P160 million, as per the Department of Agriculture.

8 dead due to Karding — NDRRMC