Who is Lucas Bersamin? | Inquirer News

Who is Lucas Bersamin? 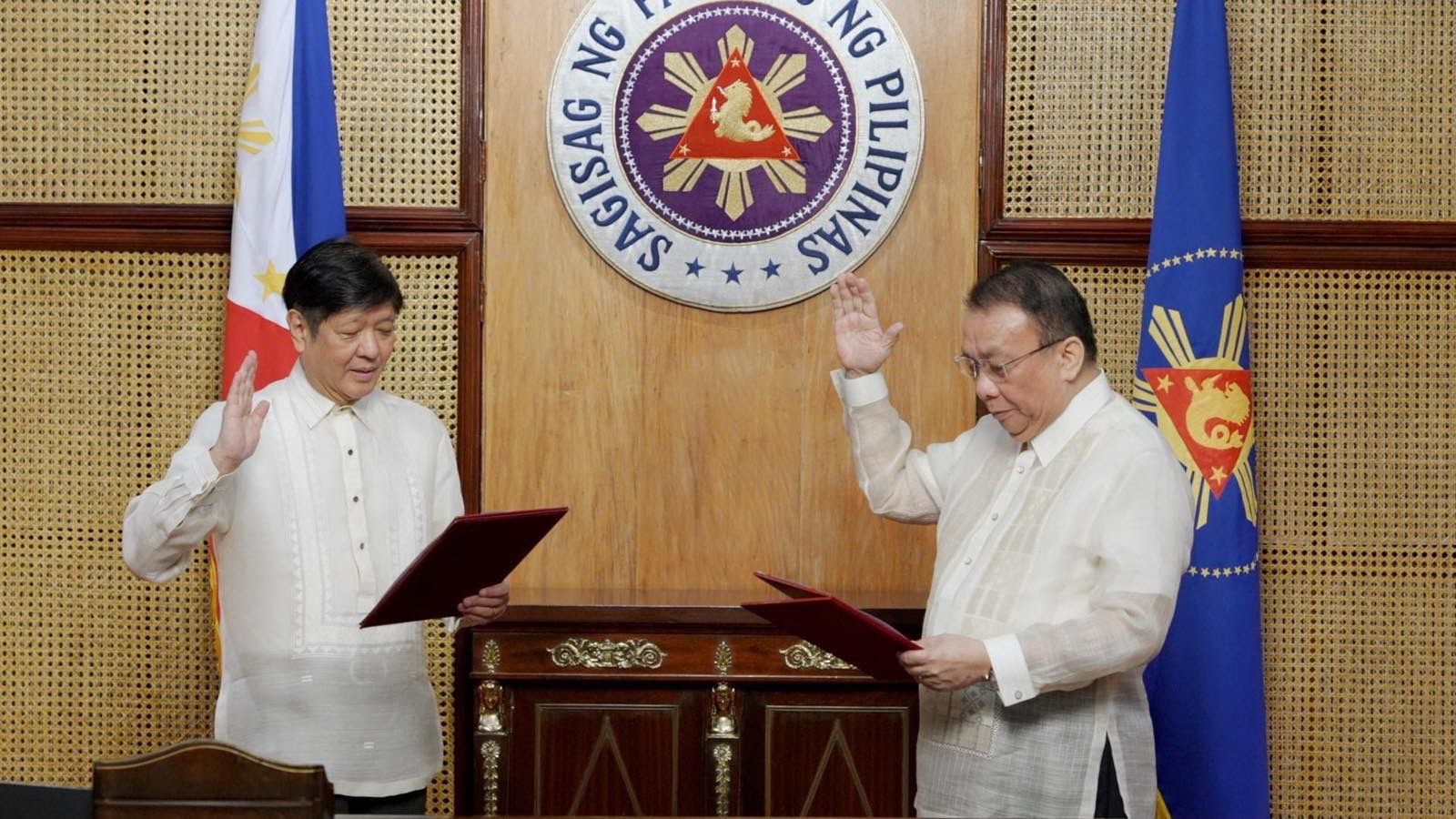 Newly-appointed Executive Secretary Lucan Bersamin during his oath-taking before Pres. Ferdinand “Bongbong” Marcos Jr. Photo from Office of the President

An executive secretary is considered the highest-ranking official of the Office of the President, thus the moniker “Little President.”

Under the Administrative Code of the Philippines, specifically Book III Chapter 9 Section 27, some of his functions include directly assisting the President in the management of the affairs of the government.

He is also tasked to implement presidential directives, orders, and decisions and can decide for and on behalf of the President on matters not requiring his personal presidential attention.

Bersamin is the second chief justice to become executive secretary, but he is the first to hold the position after his stint in the judiciary. The first was Fred Ruiz Castro during the 1950s. He became Chief Justice in 1976.

Who is Lucas Bersamin?

Bersamin graduated from the University of the East Law School and ranked ninth in the 1973 Bar Examinations with an average of 86.3 percent.

He began his law journey as a private practitioner in 1974.

His over three decades career in the Judiciary began when he was appointed judge at the Quezon City Regional Trial Court by President Corazon Aquino on November 5, 1986.

From QCRTC, he was appointed Court of Appeals Associate Justice in 2003.

In 2009, he was appointed by then President Gloria Macapagal-Arroyo as an associate justice of the Supreme Court.

In 2018, President Rodrigo Duterte appointed him the 25th Chief Justice of the Supreme Court.

After his stint in the judiciary, Bersamin was appointed by Duterte as chairman of the Government Service Insurance System (GSIS).

Bersamin is the ponente of the 2019 ruling that dismissed the petition for a writ of habeas data filed by former senator Leila de Lima against President Rodrigo Duterte.

The Supreme Court said the Constitution provides remedies for violations committed by a sitting President except for an ordinary suit before the courts.

Bersamin authored the decision granting the demurrer to evidence of former President and now Pampanga lawmaker Gloria Macapagal-Arroyo, leading to her release from detention.

Bersamin wrote the landmark decision in the case of De Castro vs. Judicial and Bar Council that validated the appointment of then Associate Justice Renato Corona as Chief Justice. In the 2010 ruling, the high court said vacancies in the Supreme Court–the 14 justices and the Chief Justice are not covered by the appointment ban under Section 15 Article VII of the 1987 Constitution.

He also authored the decision that allowed former Senate President Juan Ponce Enrile to post bail despite facing a non-bailable offense of plunder.