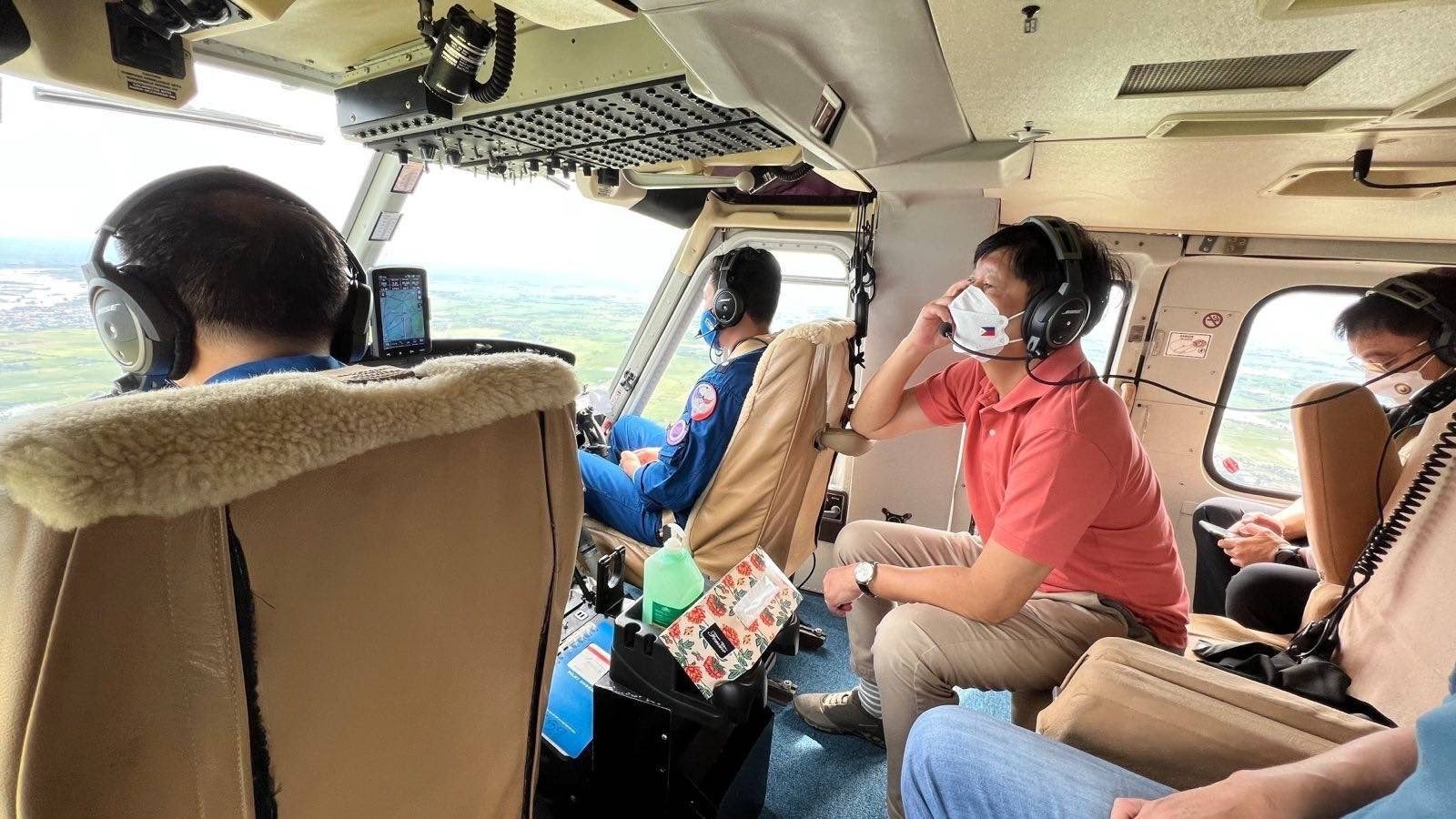 President Bongbong Marcos does an aerial survey in areas affected by Typhoon Karding. PHOTOS FROM TWITTER

In a Twitter post, the President shared photos of their inspection in Bulacan, Nueva Ecija, and Tarlac.

The photos show that the said areas experienced flooding as waters covered farmlands. 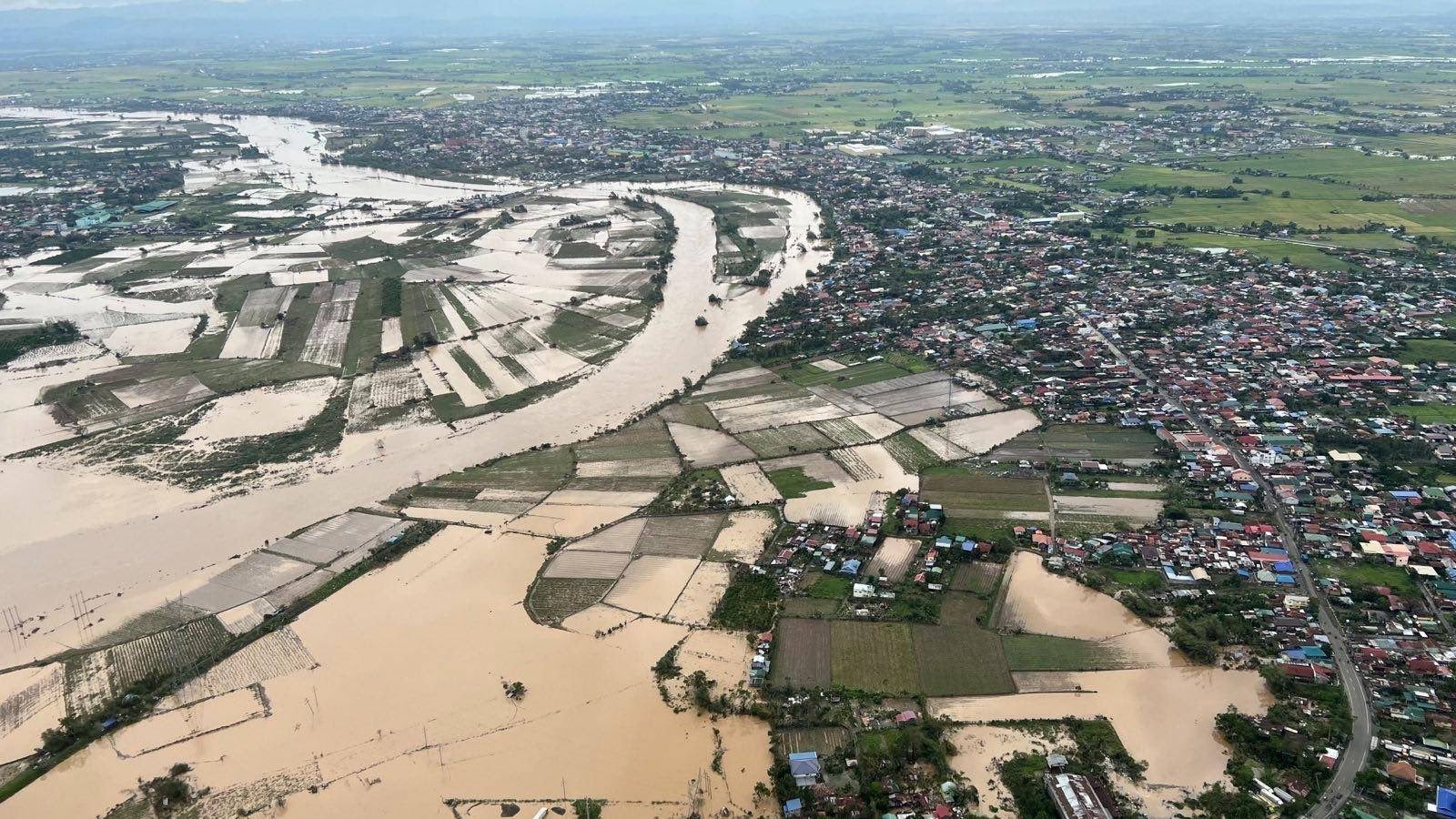 At the moment: Aerial inspection of areas affected by super typhoon #KardingPH pic.twitter.com/tEp890Qewy

In a follow-up tweet, Marcos wrote their observations on the situation and their action.

After our aerial inspection today, we found some areas that are still inundated with water.

Nueva Ecija and Aurora are without power. We are sending gensets now. #KardingPH pic.twitter.com/gTP06BWrcV

“After our aerial inspection today, we found some areas that are still inundated with water,” he posted.

“Nueva Ecija and Aurora are without power. We are sending [generator sets] now,” he added. 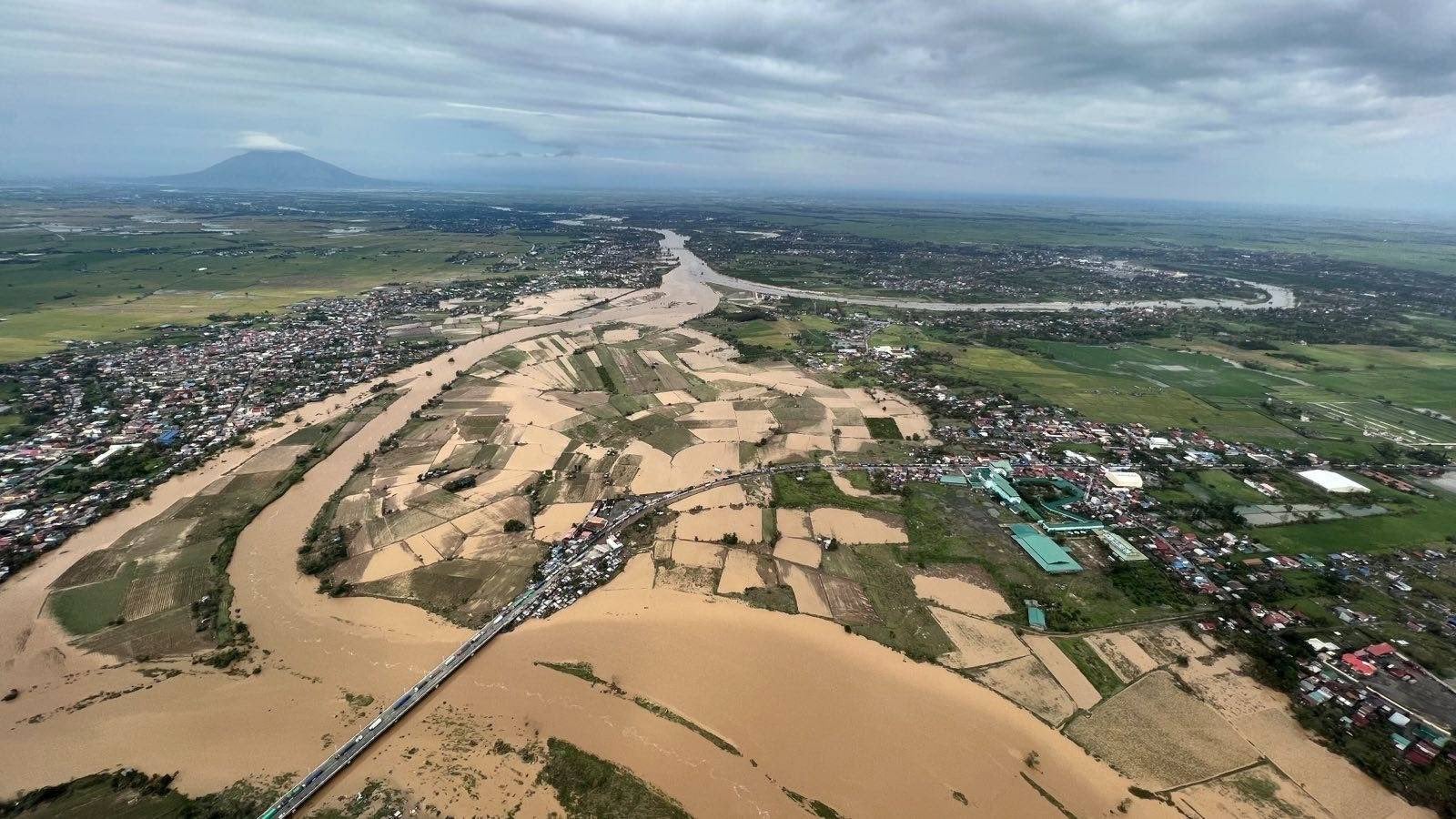 Karding, expected to exit the Philippine Area of Responsibility on Monday night, left around 19,000 households in evacuation centers.

READ: DILG: Over 19,000 families evacuated due to Typhoon Karding

Department of Social Welfare and Development Secretary Erwin Tulfo reported that they have begun the distribution of food packs to affected families.

As of posting time, authorities confirmed that five local rescuers have died due to drowning in San Miguel town, Bulacan.