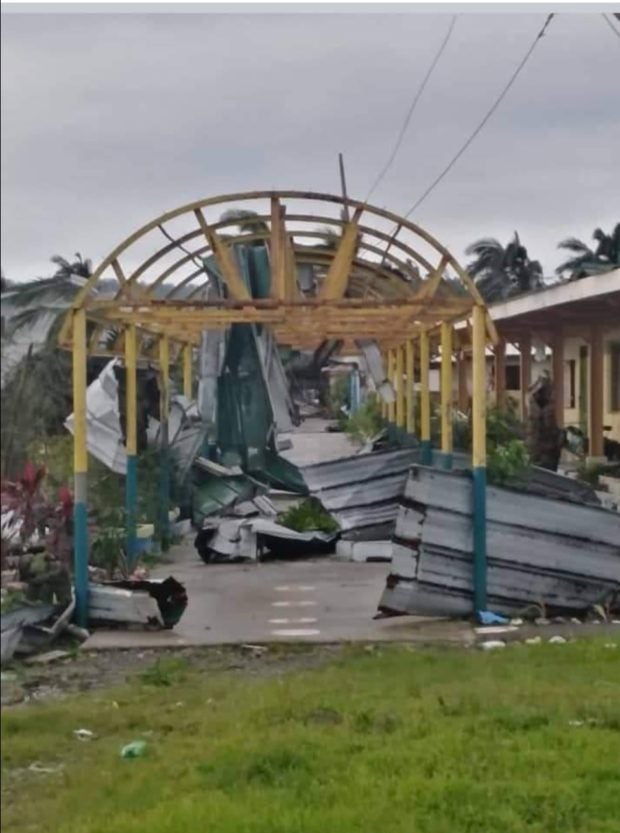 LUCENA CITY — After Super Typhoon Karding (international name: Noru) cut across Quezon province on Sunday, Sept. 26, a mountain village in the Sierra Madre mountain ranges suffered the most from its wrath.

Citing initial information from one of the villagers, Erberto Astrera, General Nakar’s disaster risk reduction, and management officer, described the situation as “terrible.”

(Almost all the roofs of the elementary school are gone. Many houses lost their roofs because of the strong wind.)

The village has a total population of 5,925, composed of 1,470 families, some of them indigenous people.

Mayor Eliseo Ruzol and other concerned local officials left the town toward the village to assess the situation and bring emergency aid to affected villagers.

Astrera said the typhoon destroyed crops ready for harvesting in vast farmlands and rice fields in Umiray, the farthest territory of the province.

It lies in the boundary of Dingalan, Aurora, and can be reached by land travel from Manila or five hours of sea travel from General Nakar.