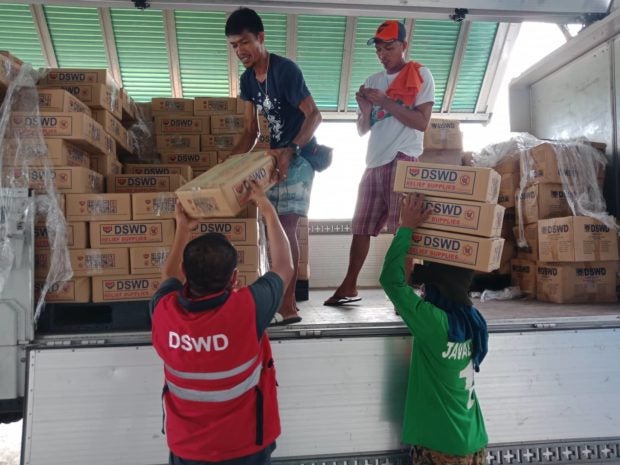 MANILA, Philippines — The Department of Social Welfare and Development (DSWD) needs air assets to transport food and other relief items to Polillo Islands in Quezon and Catanduanes which were whipped by  Typhoon Karding (international name: Noru) over the weekend.

DSWD Secretary Erwin Tulfo said on Monday that he has already informed Department of National Defense officer-in-charge Jose Faustino Jr. regarding the matter.

“May mga ilang problems lang po kami (We just have a few problems). We need their assets,” Tulfo told President Ferdinand Marcos Jr. during the briefing on Typhoon Karding.

“I told Secretary Faustino, I might borrow his helicopter or airplane to airlift some food items sa mga (to the) islands sa (of) Polillo saka (and) other islands. Catanduanes also we might also need those air assets,” he added.

The nearest storage facility from Polillo Islands and Catanduanes where prepositioned food items are housed is in mainland Quezon province, according to Tulfo.

Aside from Polillo Islands and Catanduanes, the DSWD started the distribution of food packs in evacuation centers on Monday morning.

“As of 1 a.m. this morning, I was informed already that food packs were distributed in several evacuation centers since last night. We have prepositioned food items and non-food items,” Tulfo said.

Tulfo said the DSWD  has food supply for the evacuees for two weeks.

The Department of the Interior and Local Government earlier reported that over 19,000 families were preemptively evacuated.