‘They were like gods’: Survivors retrace horror, torture during martial law | Inquirer News 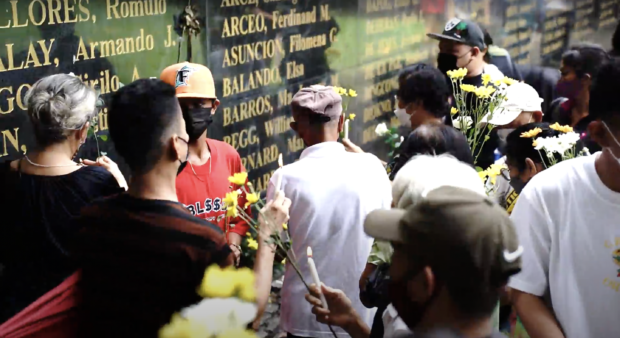 MANILA, Philippines — When the late dictator Ferdinand Marcos Sr. declared martial law in 1972, luck was not something that one would bet on having.

In the case of martial law survivors Bonifacio Ilagan and Neri Colmenares, luck meant having bullets squeezed firmly between each finger as part of their torture for being critics of Marcos.

Fifty years after the iron rule was declared, their scars still sting like open wounds as they witness the second coming of a Marcos in Malacañang.

Toss coin: Do you live or die?

In the early years of martial law, Neri recalled the regime’s red flags, which he thought little of as a sixth grade student – “boring” programs on Marcos-controlled television channels, curfews before 11 p.m., and the lack of student organizations in his school.

(Then I began to take notice of the corruption in our area. Life was difficult during martial law, so many of the youth were really exposed to injustices at an early age. We witnessed the adversities.)

As the rose tint on his glasses wore off, Neri began to question the martial rule and he later joined a student Catholic action, which trumpeted the return of student organizations and publications. 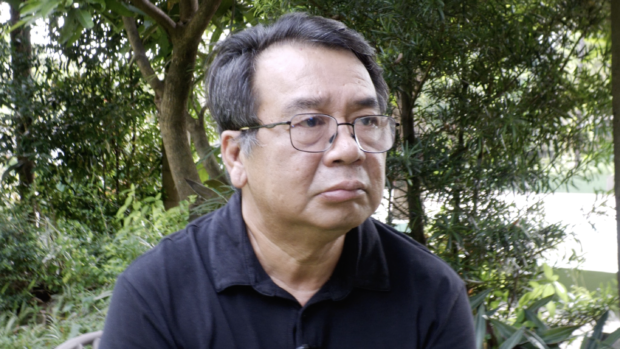 But not too long after, he was arrested and tortured at the age of 18, barely an adult, certainly still wet between the ears.

(I was made to confess. They told me to write that I was a member of the NPA, but I wasn’t. I was a part of a student Catholic action. But if they weren’t satisfied by you not confessing to it, they would make you eat the paper you were writing on.)

The tortures, Neri recounted, also took the form of M16 bullets violently pressed between his fingers, and countless pre-dawn terrorizations.

(At 2 in the morning, that’s when they will take you to torture you. They’ll make us squat, then a military officer will take his gun and walk around us. From behind, he would kick one of us and that person would go sprawling from both the exhaustion of squatting, and the added pain of being kicked by combat boots.)

But among the brutalities Neri vividly remembered was his encounter with the infamous Russian Roulette – a fatal game of chance that he unwillingly played with an intoxicated officer, who after loading a bullet into one chamber of a revolver, placed the weapon inside Neri’s mouth.

The then-young detainee recalled hearing the officer say: “Are you lucky tonight, punk?” before the latter pulled the trigger.

It was done again and again, and no bullet came through but Neri was slowly drained from the brimming fear he felt every single time the trigger was pulled.

(The officer said, ‘Oh, you’re very lucky, so let me give you a prize. You can now go home.’ At three in the morning, he’s making me go home? I said, ‘No, sergeant, I’m not going home.)

The officer was persistent, even instructing him to jump through the window, but Neri knew he was going to get shot once he leaves. And he worried that his death would be made to look as if he attempted to escape from prison.

(During that time, the adrenaline probably carried me through. There was a couch, and I held on to it. I gripped it tightly, so when the officer pushed me, I had it with me to add weight and it gave him a hard time.)

For around five to six days, Neri endured more tortures which, he said, left both mental and physical scars that haunt him up to this day.

(I guess the human body has a threshold for pain. And there came a time when I didn’t think the pain could get worse. Their punches no longer hurt as much.)

Neri later pondered, “Those who tortured us were ordinary people – lieutenants, sergeants, majors. But when they go to the torture chamber, they’re no longer ordinary people. They’re like gods. Today, we decide whether Neri Colmenares lives or dies.”

A power of life and death

Bonifacio – often called Boni –  knew different, though:  he would stand against Marcos’ martial law even before it was declared.

He left university and joined the underground resistance movement, but later on, he, too, was arrested along with renowned journalist Pete Lacaba.

They were kept in a prison cell which, according to Boni, had no bathroom. For a year, they were all forced to excrete urine and feces in empty cans and on newspapers. 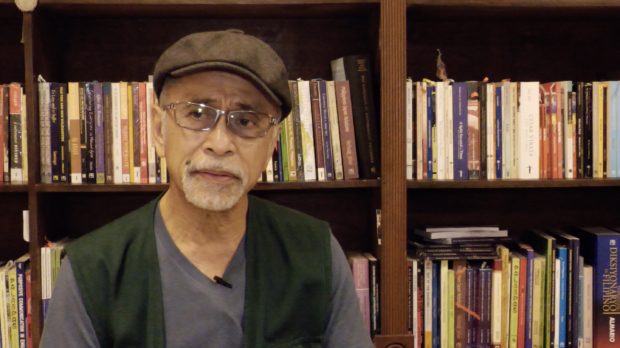 “Iyong torture was either methodical or whimsical. It was methodical when they wanted to extract information from me. They wanted me to decode iyong mga letter, mga name kasi alam naman nila, iyong names namin were all aliases,” Boni told INQUIRER.net.

(The torture was either methodical or whimsical. It was methodical when they wanted to extract information from me. They wanted me to decode letters and names since they knew we were all using aliases.)

He recalled that he was also forced to disclose to intelligence officers who the members of the underground groups were, and where they had been staying.

“There were also whimsical tortures. They would punch me simply because they didn’t like my face,” Boni said.

He similarly experienced having bullets squeezed between his fingers, but Boni also pointed out a time when his foot had been burned using a flat iron.

“Iyong suntok, iyong sipa, karaniwan iyon eh. Halimbawa, nakaupo at nagi-interrogate. May dadaan lang, susuntukin na. Sisipain. Babatukan. They impressed upon us that they had the power of life and death over us,” Boni noted.

(The punches and kicks were already common for us. Say example, someone would pass by while we’re sitting and being interrogated. And they would hit you. Kick you. Strike the back of your neck. They impressed upon us that they had the power of life and death over us.)

The longtime activist then narrated another torture method he had experienced, which was named after one of the longest bridges in the country – the San Juanico Bridge.

(It’s called San Juanico Bridge, because we’d be hanging like the San Juanico Bridge. The back of my head and my feet would be leaning on opposite surfaces. They’d ask questions and if they didn’t like my answer, they would punch me in the stomach until I fell. I would be forced to do it all over again until I could no longer take it.)

And Boni, who admitted that he was long in denial of having suffered this abuse, also spoke of a time when officers tried to insert a stick through his penis.

(After some time, I started urinating blood due to the severity of the torture. One time, they made me straighten my legs and then repeatedly hit it.)

The pounding against his thighs which, Boni initially thought, was not painful later bruised his legs until it turned into a color he likened to that of a lechon or a suckling pig.

As a detained incommunicado, he shared that he was not allowed to see his mother, who would bring him food and clothes during his time in prison.

Soon after, however, Boni was granted permission to meet her, but only from a distance.

(I think my mother, at that time, really begged for mercy just to see me. And they allowed her. You know what I did, I stripped off my pants, so she can see how badly my legs were beaten up. She cried.) 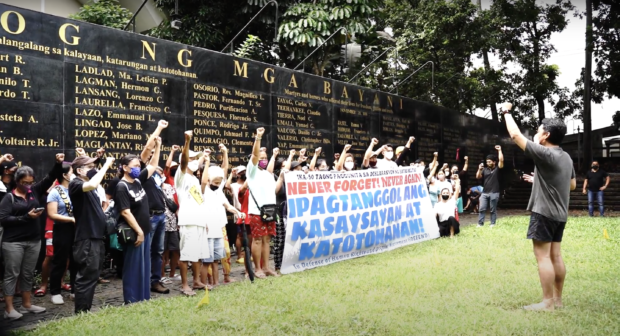 Neri and Boni – who even after five decades, still held back tears as they retold their horror stories during martial law – are among the 34,000 tortured victims during the Marcos regime, according to Amnesty International.

But they are not just names and figures on record. They carry not just their own stories, but even those who were not lucky enough to share theirs.

And fifty years later, especially now that the late dictator’s son sits at the helm of the country, their cry for justice remains – if not, even louder.

Marcos defends martial law, admits abuses ‘like in any war