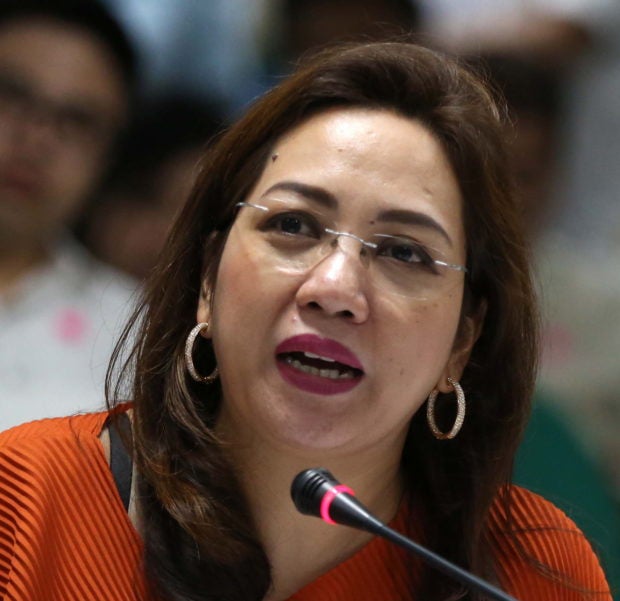 MANILA, Philippines — A lawmaker has urged both the House of Representatives and the Senate to quickly ban the Philippine Offshore Gaming Operations (POGO) in the country due to several crimes that have been associated with it.

In a statement on Friday, House Committee on Appropriations Vice Chairman and Iloilo Rep. Janette Garin said that POGOs have become an avenue for criminal activities like human trafficking, drug smuggling, and even prostitution.

Garin’s statement comes just after Interior Secretary Benjamin Abalos Jr. announced that a kidnapped Chinese and 42 other foreign nationals involved in the POGO industry were rescued in Angeles, Pampanga.

“It has become a door to several crimes. The Philippine Offshore Gaming Operators hubs have become havens for undesirable aliens, drug and human trafficking, prostitution and other crime syndicates for money laundering and illicit operations,” Garin said.

Garin said that POGOs being linked to criminal activities do not give a good impression of the country to possible investors.

“Now that we are opening up our economy and kidnapping and human trafficking headlining our daily news, it is driving away investors considering that its creating a misinformation that the Philippines is not safe,” she added.

Earlier, Abalos said that authorities have managed to arrest a human resource officer of a POGO firm during an operation along the Fil-Am Friendship Highway in Angeles City.

He said that the operation was initiated after foreign police counterparts provided information to the local police — including complaints from the family of a kidnapped Chinese whose abductors were asking for a P1 million ransom.

Just early this month, several lawmakers have already asked the Philippine National Police to resolve the kidnapping of some Chinese nationals in the country.  Similarly, the Chinese Embassy in Manila said last Monday that it had requested Philippine authorities to intensify efforts to protect its nationals.

Garin said that the country should learn from China and Cambodia, which have been said to ban similar gaming operations due to its supposed detrimental effects.

“China and Cambodia have banned gambling because of the ill-effects it had brought and the Philippines should learn from their experience, we should not disregard the negative and deleterious effects that have risen with the continued operation of POGO in our country,” Garin explained.

Just this August, the Philippine Amusement and Gaming Corp. (Pagcor) admitted to the House that about half — and possibly more — of the POGOs in the country have already left, not due to crimes but because of high taxes imposed by the government.

According to Camarines Sur Rep. LRay Villafuerte, he knows that even some legitimate POGO companies had left the country. Pagcor confirmed that, from 60 licensed operators, there are just 30 right now, of which 27 remained active. — With reports from Lyka Farillon, INQUIRER.net trainee

POGOs leaving PH due to spike in taxes, Pagcor admits