MANILA, Philippines – If the Department of Education (DepEd) receives the additional P100 billion sought in its proposed 2023 budget, it will be able to address all of the country’s basic education problems within six years.

While briefing the House appropriations committee on Wednesday, Vice President Sara Duterte, who concurrently sits at the helm of DepEd, made the bold claim during the presentation of the department’s proposed budget for 2023.

In the National Expenditure Program for 2023, P710 billion is set aside for the DepEd.

The amount is on top of the P100 billion sought by Duterte.

“If the DepEd is given the budget that it is requesting, we will be able to open more programs to address the learning problems of our students. So initially po, lumapit na kami sa Pangulo at sinabihan ko po ang Pangulo na if you give me P100 billion, I will solve all the problems of basic education,” Duterte said.

Duterte was responding to questions made by ACT Teachers Rep. France Castro about what programs the DepEd were planning to implement to address Filipino students’ poor math, reading, and science comprehension skills. 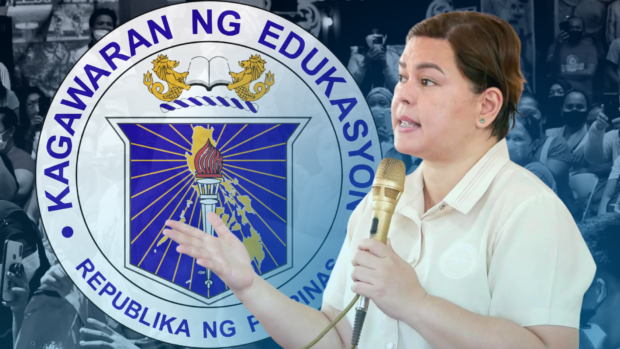 Castro further questioned why the DepEd is prioritizing the restoration of the mandatory Reserve Officers’ Training Corps instead of focusing its efforts on addressing basic education problems.

The vice president said she planned to open more programs to address these learning problems without delving into specifics.

However, the committee’s deliberations on DepEd’s proposed budget as the rules only allowed three interpolations each from both the majority and minority blocs.

“As respect and courtesy to the Vice President, and the concurrent Secretary of Education, the members of the minority in the House have decided that no more than three members will interpolate, and the rest, including myself, have waived our right to interpolate in this budget hearing,” House Senior Deputy Minority Leader Paul Daza said.

Despite questions from the minority, the committee earlier terminated deliberations on the proposed 2023 budget of the Office of the Vice President in less than seven minutes.