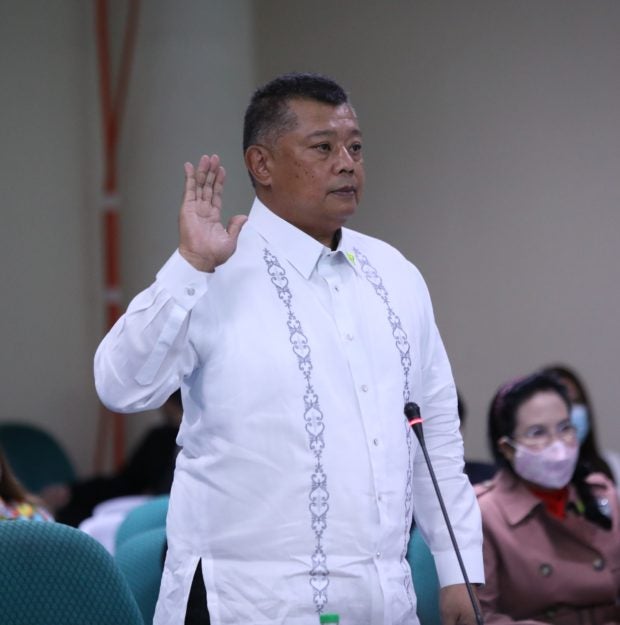 REMULLA GETS CA PANEL NOD: Sec. Jesus Crispin Remulla of the Department of Justice (DOJ) breezes through the confirmation process of the Committee on Justice and Judicial Bar Council of the Commission on Appointments on Wednesday, September 14, 2022. Remulla held positions as governor and as a member of the House of Representatives (HoR) representing Cavite. He won a fresh mandate at the HoR during the recent elections. However, on May 23, 2022, Remulla accepted the offer of President Ferdinand Marcos Jr. to be the Secretary of Justice. “This for me, is the most challenging public office I have ever held, and hopefully will hold in my entire career as a public servant… And today, I seek the affirmation of this honorable commission to see me fit and ready to serve our people in this capacity,” Remulla said. (Albert Calvelo/Senate PRIB)

MANILA, Philippines — The Commission on Appointments (CA) on Wednesday confirmed the appointment of former Rep. Jesus Crispin “Boying” Remulla as secretary of the Department of Justice (DOJ).

The CA’s committee on justice and judicial bar council first deliberated on Remulla’s appointment before recommending him for confirmation in the plenary.

Remulla was first re-elected as the representative of the 7th District of Cavite in the 2022 national and local elections before he accepted President Ferdinand “Bongbong” Marcos Jr.’s nomination to become the new justice secretary.

He then vowed to become 100 percent committed to his during his first flag ceremony at the DOJ and to remain with Marcos for his entire six-year term, ensuring that the DOJ’s vision to uphold the rule of law is carried out.

However, Remulla’s nomination as DOJ secretary was met with heavy criticism from human rights and press freedom advocates.

Advocates have denounced Remulla’s track record of “red-tagging” activists and civilians, especially after he accused supporters of former Vice President Leni Robredo of being linked to the Communist Party of the Philippines and the New People’s Army during the 2022 elections.

In his role as the new justice secretary, Remulla will assume responsibility for Administrative Order No. 35 Task Force, which looks into politically motivated extrajudicial killings and the ongoing drug war review.