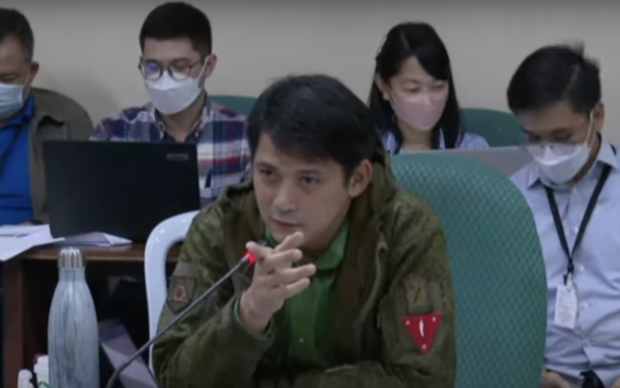 Senator Robin Padilla interpellates during the Senate committee on youth hearing on youth development programs on Thursday, September 1 at the Senate. Screengrab from Senate of the Philippines YouTube

During the Senate committee on youth hearing, Padilla asked NYC Executive Director Leah Villalon if they are partnering with the Sangguniang Kabataan (SK) to disseminate the government’s stand on activism and armed conflict, among other issues.

(I do not have anything against activists. That is ok, just do not take up arms, we will have a problem with that.)

(But on the issue of balance, shouldn’t you coordinate with the SK on that? Do you have coordination?)

Villalon replied in the affirmative.

(Many youths are brought to armed conflict. My concern, I hope you widen those talks that explain the government’s stand.)

The neophyte senator recalled that he used to have sentiments against the government, which faded when he entered politics.

Padilla noted that NYC is the best agency to transmit the government’s programs to the youth.