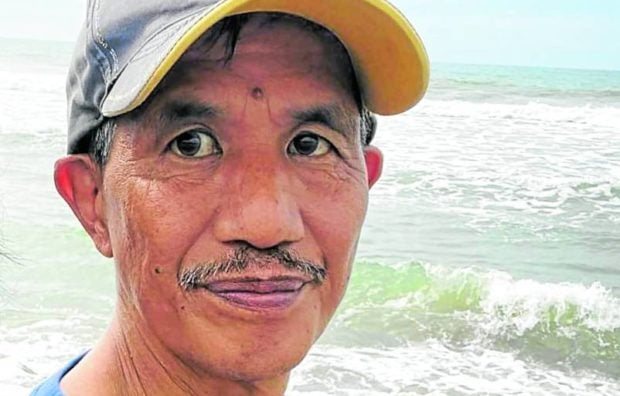 BAGUIO CITY, Benguet, Philippines — The Cordillera Peoples Alliance (CPA) has confirmed that one of its members was recently abducted, interrogated, and forced to sign a written admission that he was working with communist rebels.

In a statement, CPA said Stephen Tauli, 63, was taken by five men on Aug. 20 and was detained for hours in Tabuk City before he was released a day later.

The Commission on Human Rights (CHR) last week said it had directed its Cordillera office to conduct a motu proprio investigation into the incident.

“We equally expect resolute investigation by the local authorities and the PNP (Philippine National Police) to ascertain truth and accountability on this latest violation against a staunch advocate of IP (indigenous people) and human rights,” CHR spokesperson Jacqueline de Guia said in a statement.

She said they were alarmed not only by the assault on the elderly activist but also the “continuing trend of hostility against members of progressive groups.”

“We reiterate our fervent clamor to the government to ensure the protection and welfare of all individuals and groups, regardless of sociopolitical affiliations and ideological beliefs, to genuinely demonstrate its unity agenda that should cater to the rights of all,” De Guia added.

Tauli’s abduction happened weeks after CPA petitioned the Court of Appeals to grant them a writ of amparo to protect its members from threats posed by Red-tagging allegedly committed by the National Task Force to End Local Communist Armed Conflict (NTF-Elcac), other law enforcement agencies, and the government intelligence community.

A writ of amparo is a legal remedy available to any person whose rights to life, liberty and security have been violated or threatened. It covers extrajudicial killings, enforced disappearances and threats.

According to CPA, social media posts portrayed their members as “communist terrorists,” which made them easy targets of aggression by elements of the police in the entire region.In the group’s petition for a writ of amparo, CPA counsel Francesca Macli-ing-Claver said these online posts were “repeated, or repackaged with [the same] content, and reposted” within the network of policemen and the military.

“[These] create in the minds of law enforcement people a belief that petitioners are indeed enemies of the state who deserve to be summarily eliminated,” Claver said.

Tauli, who is not party to the petition, was buying provisions at a small grocery in Tabuk near the CPA office in the Kalinga provincial capital when five masked men dragged him into a van at 6:45 p.m., according to CPA’s account.

The group said Tauli, brother of former United Nations Permanent Forum on Indigenous Issues chair Victoria Tauli Corpuz, was beaten up, handcuffed and blindfolded while he was pressing his abductors to reveal their identities or their ranks, believing they were policemen or soldiers.

The Inquirer has yet to establish whether the abductors were indeed government agents.

According to CPA, Tauli later “pleaded that [his abductors] should use legal means by filing a case through the courts, and [had demanded that they] bring him to the police station or military camp instead of bringing him to an unknown location.”Tauli’s abductors responded by talking about the NTF-Elcac “and its objective of stopping the insurgency problem in the country,” CPA said.

It added: “They interrogated him about his work … [and] wanted him to confirm the identities of [individuals] tied to the CPP-NPA (the Communist Party of the Philippines and its armed revolutionary wing, the New People’s Army).”

Tauli was reportedly transferred to another vehicle and taken to a secluded house two hours later.

After further interrogation, CPA said the masked men allegedly forced Tauli to “sign a sworn statement admitting the supposed position he was alleged to be holding in the CPP-NPA leadership,” which he was made to read while being recorded.

Tauli was released on the night of Aug. 21 and was found dazed and in shock by CPA members who had been searching for him.

Youth rep: With rampant red-tagging, Jose Rizal would have been enemy of state today