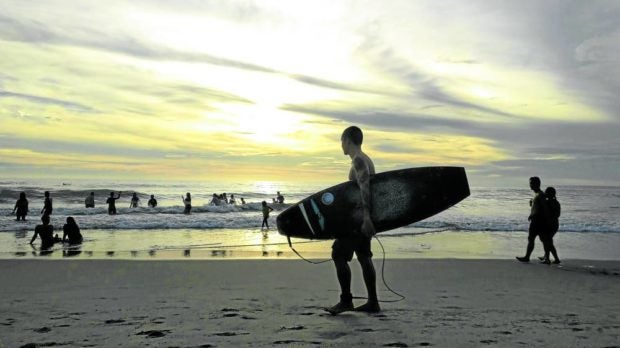 BEACH LOVERS | The long coastline of Zambales province facing the West Philippine Sea has been attracting beach and nature lovers who sustain the local tourism industry. In this photo taken in 2018, surfers, families and groups of friends enjoy Liwliwa Beach in San Felipe town. (Photo by REM ZAMORA)

SAN ANTONIO, Zambales, Philippines — The province saw a gradual increase in tourist arrivals during the first half of this year after community lockdowns and travel restrictions prompted by the COVID-19 pandemic forced many tourism-related establishments to stop operations in the last two years.

Data released by the provincial tourism office on Monday showed that at least 520,291 tourists visited Zambales from January to June. The figure was expected to outpace annual arrivals recorded in the province before the pandemic was declared in March 2020.

According to Domitela Mora, provincial tourism officer, majority (503,161) of the visitors are domestic tourists, while 17,130 are foreigners.

“Most of the visitors came from Metro Manila, accounting for about 60 to 70 percent of the total arrivals. Foreign and local residents make up the remaining 30 or 40 percent,” Mora said in a statement.

San Antonio town, which is known for beaches and coves, was the most visited destination among the province’s 13 towns.

Mora said 171,801 tourists explored San Antonio in the first half of the year. At least 160,628 of them were domestic visitors, while 11,173 were foreign travelers.

“If the growing arrival trend continues until the year ends, we may even outdo this year the prepandemic levels as far as visitor arrivals are concerned,” said Gov. Hermogenes Ebdane Jr.

But mobility restrictions during the pandemic caused arrivals to drop to 72,552 in 2020, with only 1,063 foreign visitors.

Signs of recovery began to surface in 2021 when restrictions were eased and 112,369 tourists visited the province.

According to Mora, the local resort industry remained at the “forefront” of the improving tourism sector in Zambales, providing “significant revenue” for the province.

The tourism office, however, has yet to determine the amount generated from the tourism-related activities this year.