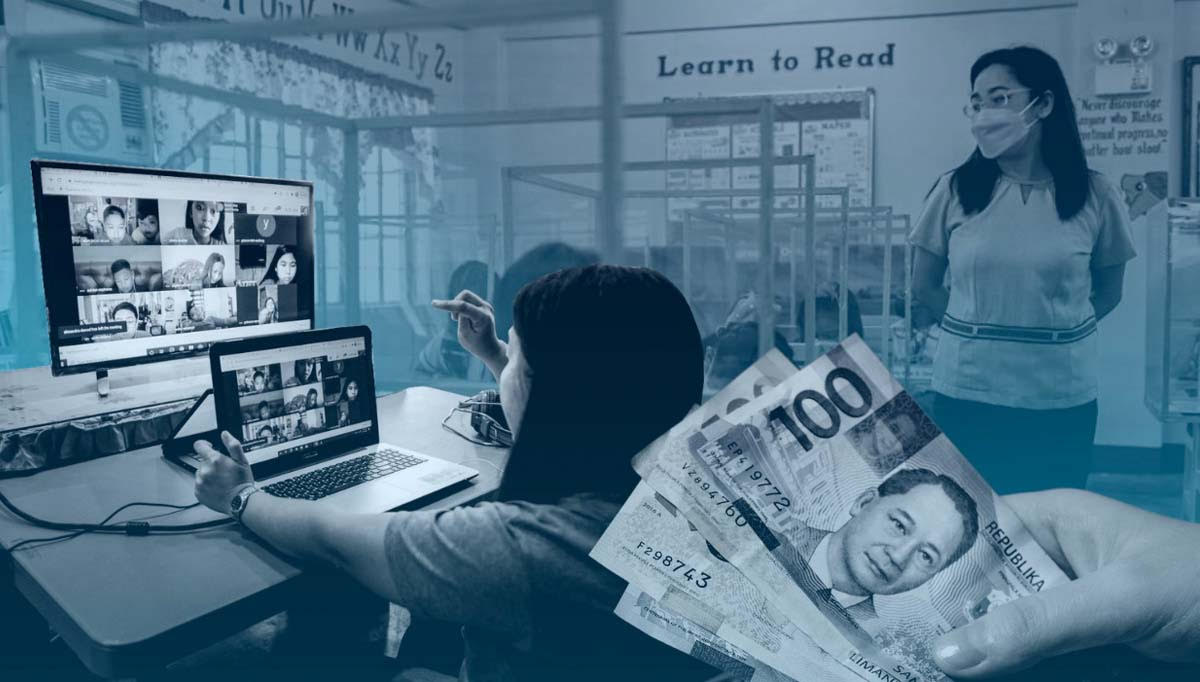 MANILA, Philippines—As the one who provides for his family, Randy Ubal, 27, a private school teacher, was left with no choice but to leave the Philippines for Thailand, which has been a constant destination for Filipinos seeking better lives since the late 2000s.

“Don’t get me wrong,” he told INQUIRER.net, stressing that if he had a choice, he would stay, but he did not see himself having a “great life” in a land where teachers like him are left out.

This likewise forced Kim Pangilinan, 25, to leave for Thailand, saying that working conditions there are way better than those in the Philippines: “I have less[er] teaching loads but I’m being paid better.”

He told INQUIRER.net that the educational system in the Philippines is “terrible” and that the government cannot even legislate and implement the highly needed reforms to make teachers’ lives better.

Lourence Genebraldo, 41, said he flew to Thailand after teaching in the Philippines for two years for one obvious reason—the pay, stressing that while he was still single then, he was already struggling because of the small pay he was receiving.

18 YEARS IN THAILAND. Lourence Genebraldo, 41, who has been in Thailand since 2004, teaches his students in a school in Thailand, saying that he would only go back to the Philippines if the government will address the problems confronting the education system. PHOTO FROM LOURENCE GENERBRALDO

Genebraldo stressed: “That was 20 years ago and a lot has changed already.” However, a look at the salary of teachers now would show that they are still not paid enough, with 50 percent of Filipinos saying that public school teachers are underpaid. 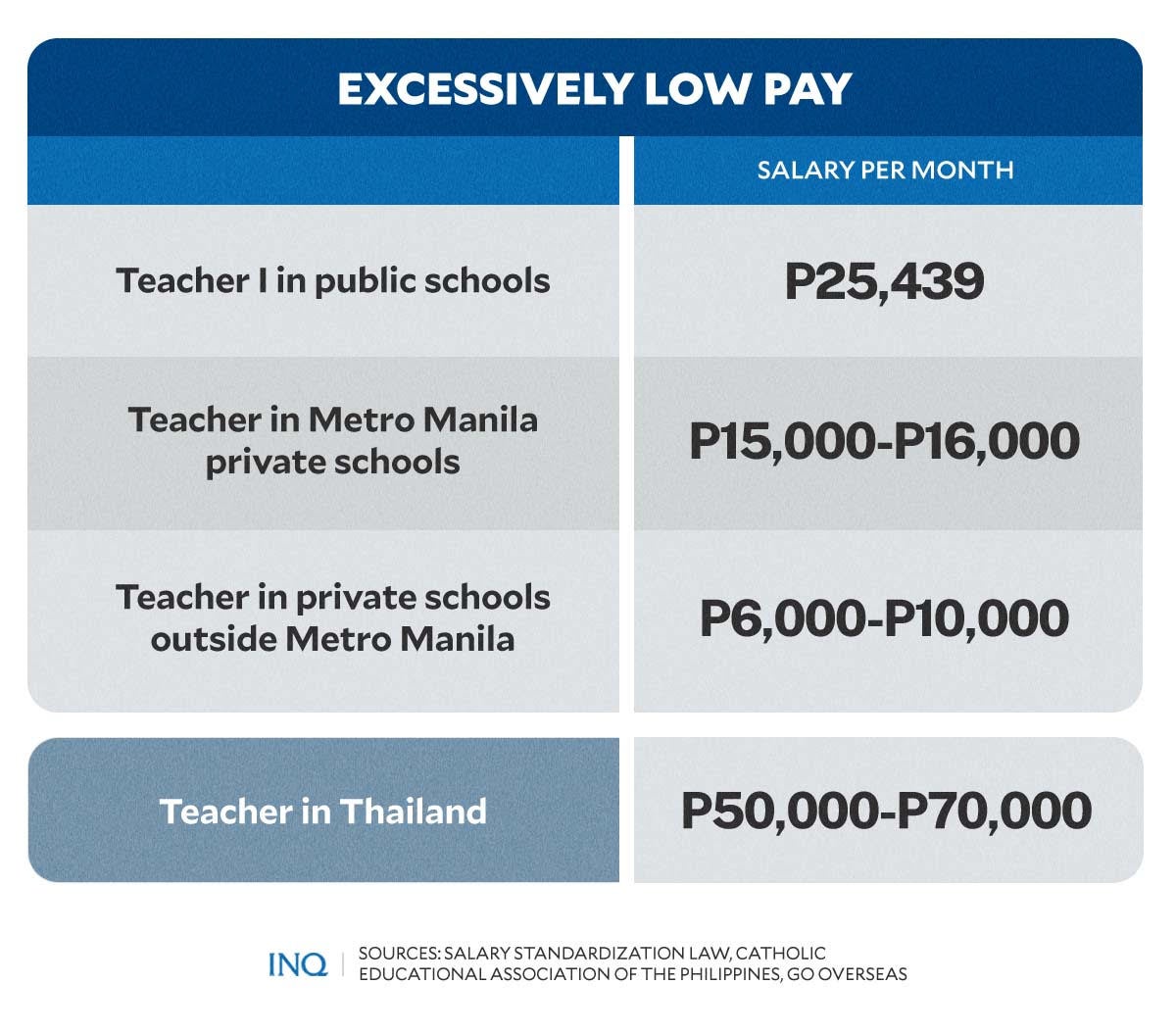 Out of the 1,200 respondents surveyed by Pulse Asia last June, only 37 percent believed that teachers have enough salary, three percent think public school teachers are overpaid, while 10 percent are uncertain of their view.

The Catholic Educational Association of the Philippines had said in 2018 that the difference of the basic pay between public and private school teachers could go as high as P10,000 a month.

But in Thailand, Filipino teachers found a chance to have a better life, especially since the pay there, as Ron Villanueva, 25, said, is five to six times higher than the salary he was receiving in a Philippine private school in 2018.

He told INQUIRER.net that with working conditions in the Philippines, which he saw and experienced firsthand, “I made the right decision of leaving the Philippines to work here in Thailand.”

Villanueva said as someone who came from a family of public school teachers, he saw how his relatives struggled, especially since the salary they were receiving was so small that one of them even had to give his or her ATM card as “collateral” for a loan.

Based on data from the National Economic Development Authority (Neda), public school teachers incurred P162 billion in loans from accredited private lenders and P157.4 billion in credit from the Government Service Insurance System.

But since the data only accounted for loans paid by the Department of Education (DepEd) through automatic deduction from teachers’ monthly pay, “the P319 billion could be higher”.

The Neda explained that credits from lenders who are not accredited by the government, who often charge usurious rates, are not paid by the department. It stressed that it is easier to get loans from these underground lenders since they do not require pay slips.

For Rep. France Castro (ACT Teachers), “these are the loan sharks [to whom] teachers give their ATM cards as collateral,” saying that “these are where teachers are flooded with debt”.

This was the reason that ACT Philippines has been calling on the government to hike the salary of both public and private school teachers as their economic hardships stem from the basic problem of small pay.

But the DepEd had said that it was only considering a proposal to give teachers additional benefits instead of a pay hike, “so they can have more benefits to take-home pay”.

The DepEd officially opened the new school year on Aug. 22, but “same old problems” marred the return of millions of students to schools after the two-year implementation of distance learning because of the COVID-19 crisis.

This, while most teachers are also assigned to work on administrative tasks because of the lack of support personnel: maintenance tasks (54 percent), clerk tasks (27 percent), guidance (33 percent), medical (20 percent), feeding program (14 percent).

“The load of teachers in the Philippines is too much, especially in public schools. The experience I had when I was an intern and when I finally had my first job made me realize how terrible the system is,” Pangilinan said. 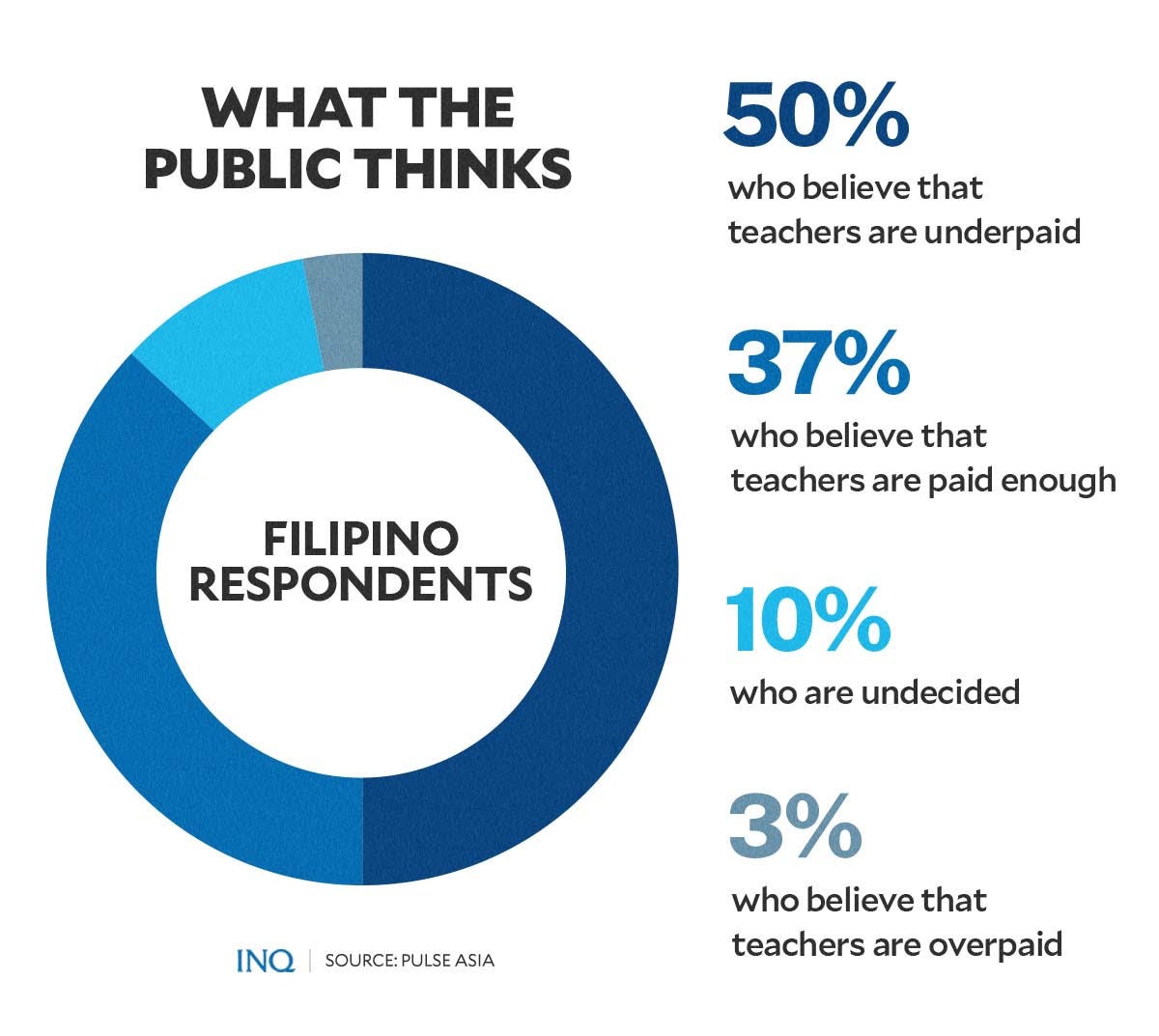 Genebraldo said back in the Philippines, he had to teach “non-stop” and that lunch breaks are the only instances that he can take some rest, an experience he did not have in Thailand.

He stressed that in most schools where he worked, the maximum teaching load was 18 50-minute periods a week: “Right now, I’m in a government school and the teaching load is half of what I used to have in the Philippines.”

Ubal said it is also a good thing that “we have less paperwork because our goal is to teach the students not to be bombarded with unnecessary documents with deadlines and pressures”. 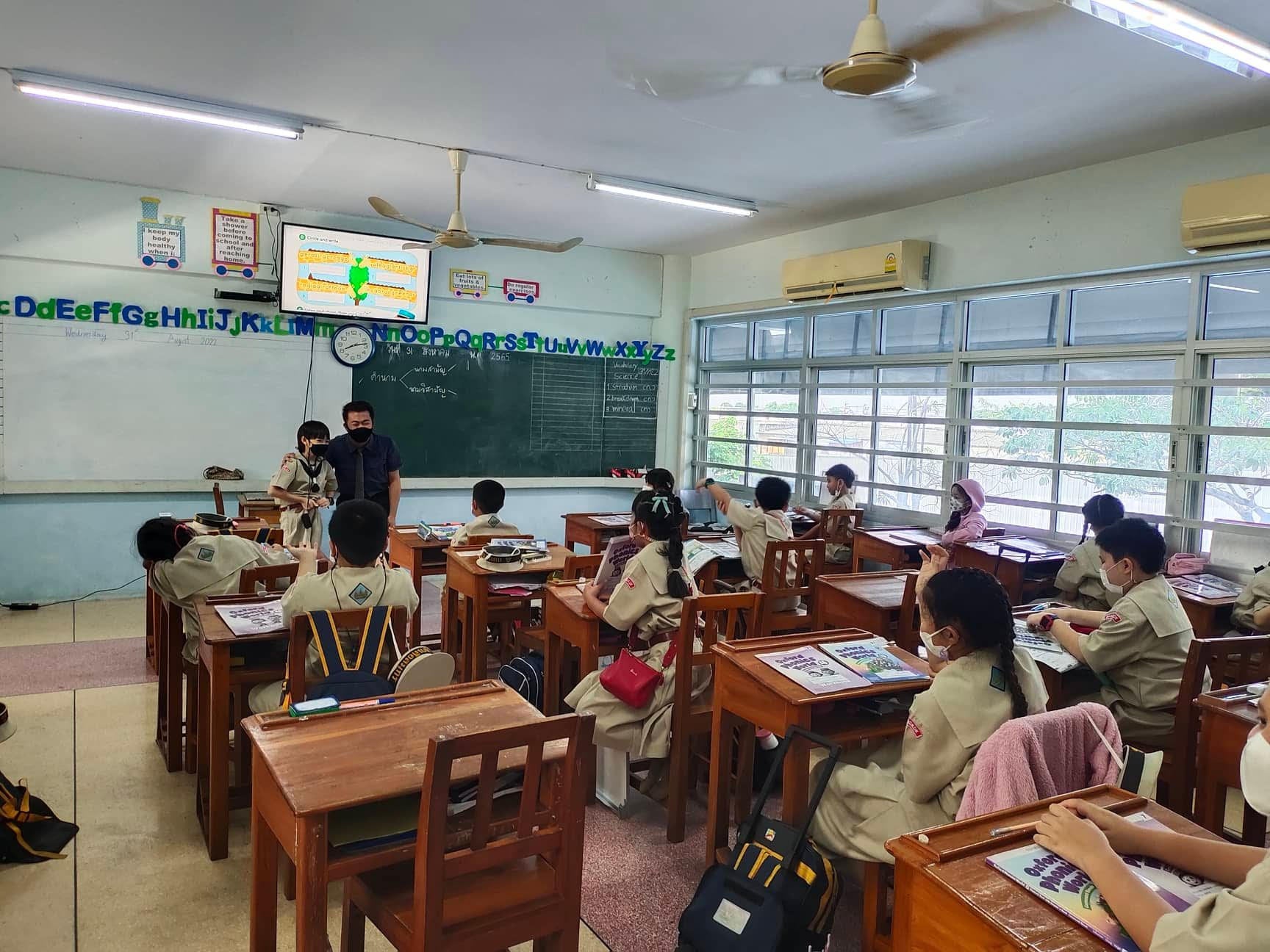 HAPPY. Randy Ubal, 27, who was a private school teacher in the Philippines for seven years, now teaches his students in Thailand. PHOTO COURTESY OF RANDY UBAL

Republic Act No. 4670, or the “Magna Carta for Public School Teachers,” provides that teaching hours for teachers shall not be more than six hours every day.

But the DepEd, in compliance with the Civil Service Commission Resolution No. 080096, allowed teachers to allot six hours for actual classroom duties every day while the remaining two hours to be spent on teaching-related activities. 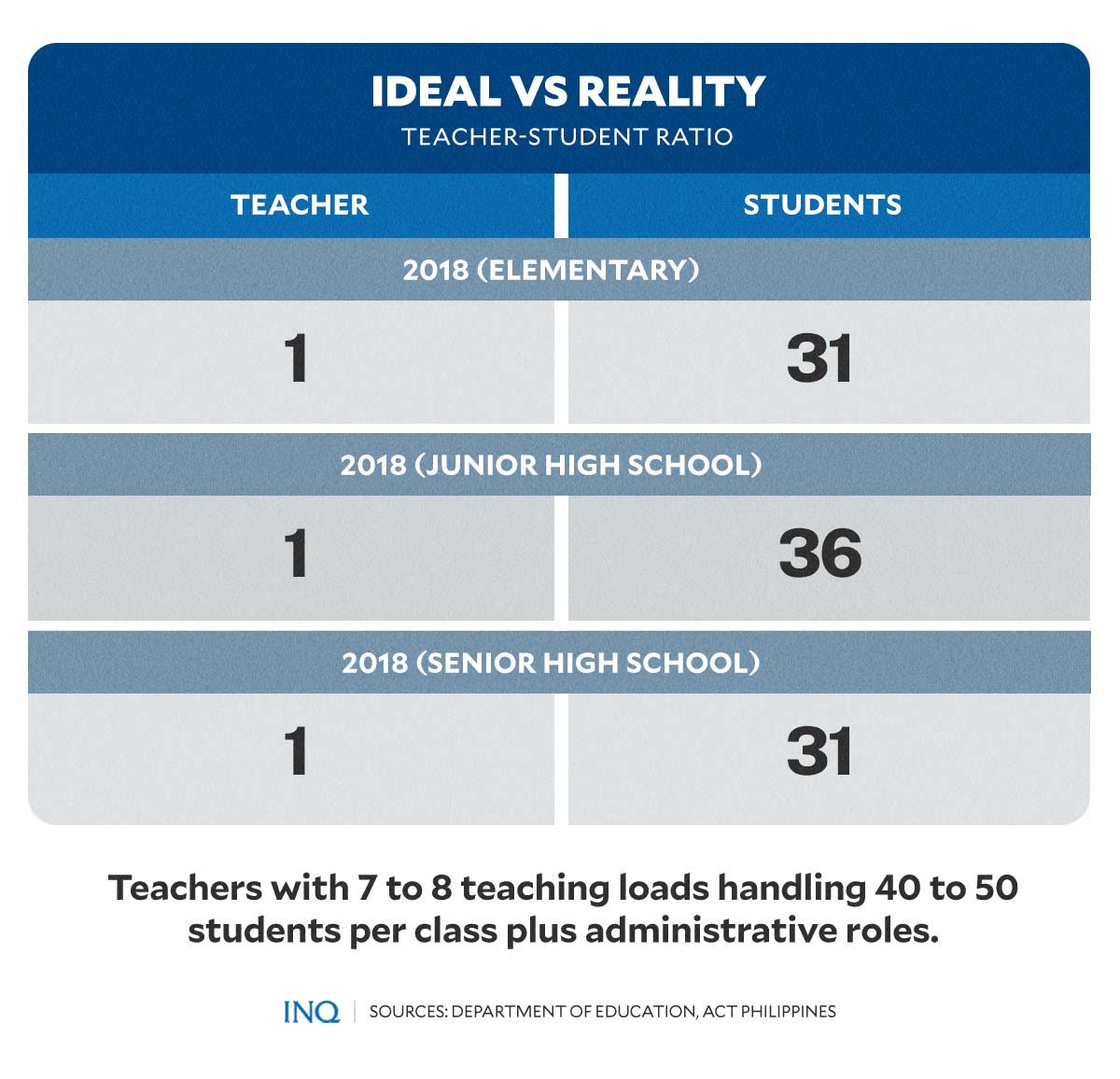 This, while ACT Philippines stressed that 90 percent of teacher-respondents said they had not enough time to take a break before the new school year since the previous one was extended until July 15 and then they were required to physically prepare classrooms.

Breaks between school years and then the Christmas season are the only leave credits that teachers have since they are not entitled to the usual 15 days sick leave credits and 15 days vacation leave credits, it said.

ACT Philippines said that like before, teachers were again compelled to spend personal funds to prepare their classrooms—73 percent of the teacher-respondents said they had to spend their own money on these:

Out of the 1,151 teacher-respondents, only 27 percent said they did not spend their own money for the preparation of classrooms. 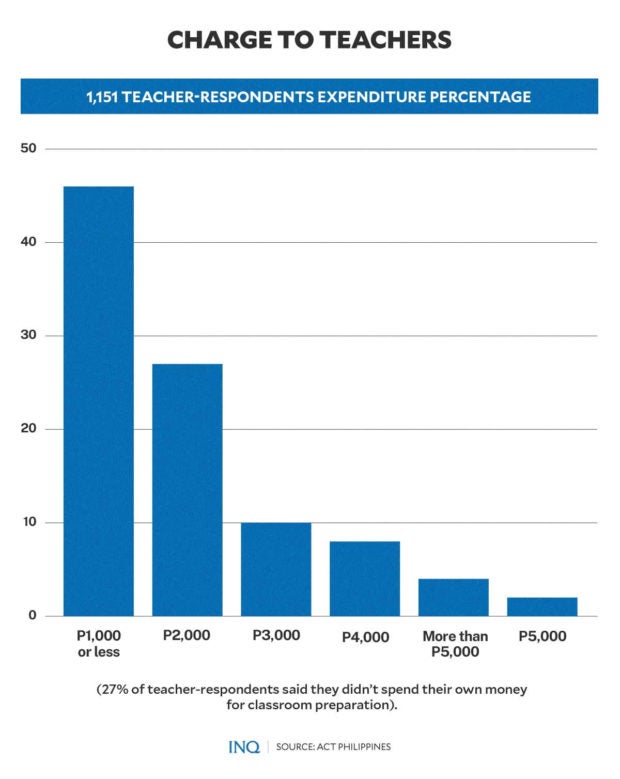 Pangilinan stressed that “in a public school, you have a lot of students to take care of and you cannot dodge spending things coming from your own money while in a private school, you have to satisfy the parents or else they will find ways to get back at you.”

Time to fix the system

Villanueva told INQUIRER.net that he still sees himself teaching in the Philippines again, but if working conditions and salary for teachers did not improve, returning home would be impossible.

Like Villanueva, Genebraldo stressed: “It depends largely on teachers’ compensation, benefits and the workload. I would love to teach again in the Philippines if only our government could do something to address the problems.” 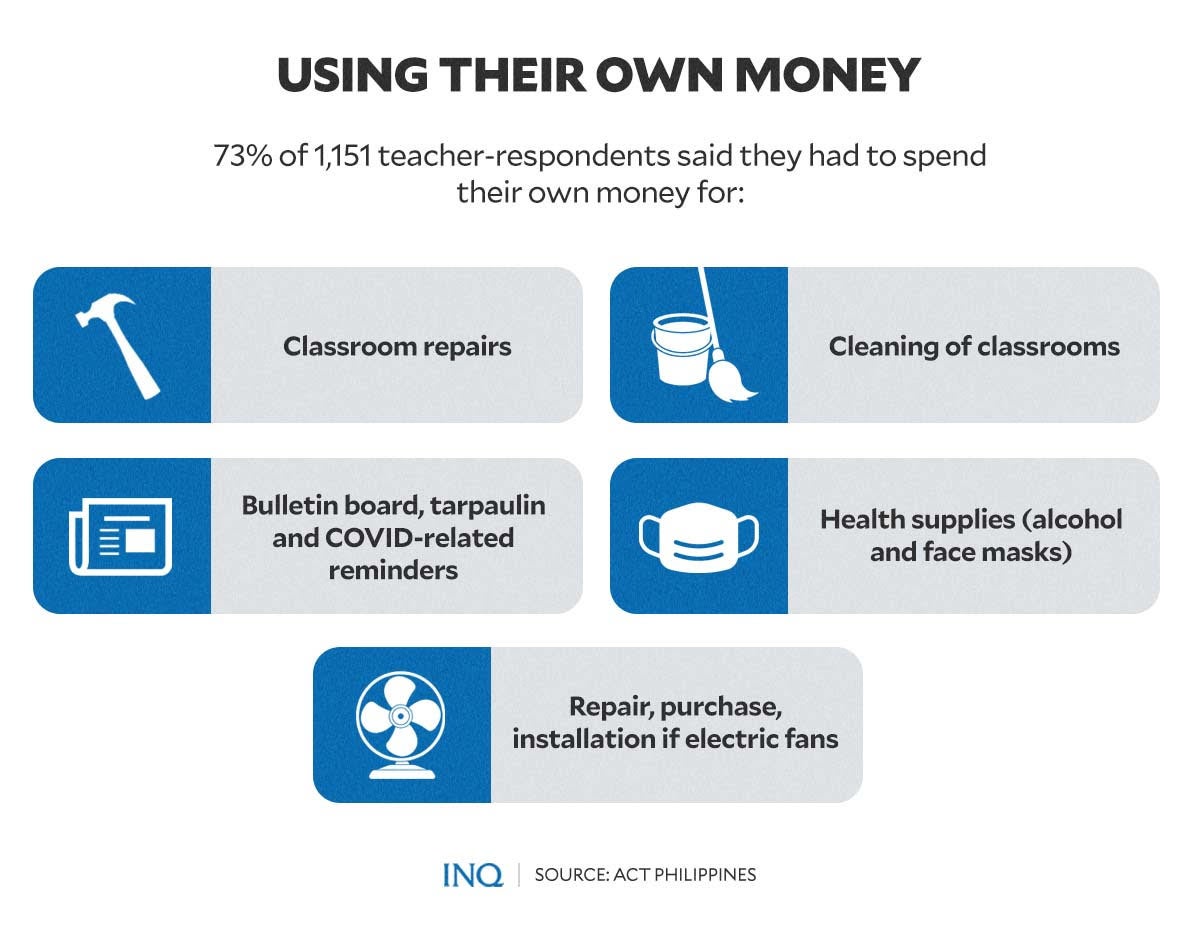 Last month, ACT Philippines asked President Ferdinand Marcos Jr. and Congress to listen to its plea for a higher education budget and higher pay for teachers to help them cope with the economic hardships that they are currently experiencing.

Based on the proposal sent to Congress by the Department of Budget and Management, the education sector still has the largest share in the 2023 national budget with P852.8 billion.

Likewise, the DepEd had presented a proposal to relieve teachers of their administrative tasks to let them focus on teaching: “To complement that, we will perhaps have to hire non-teaching staff to handle those things.” 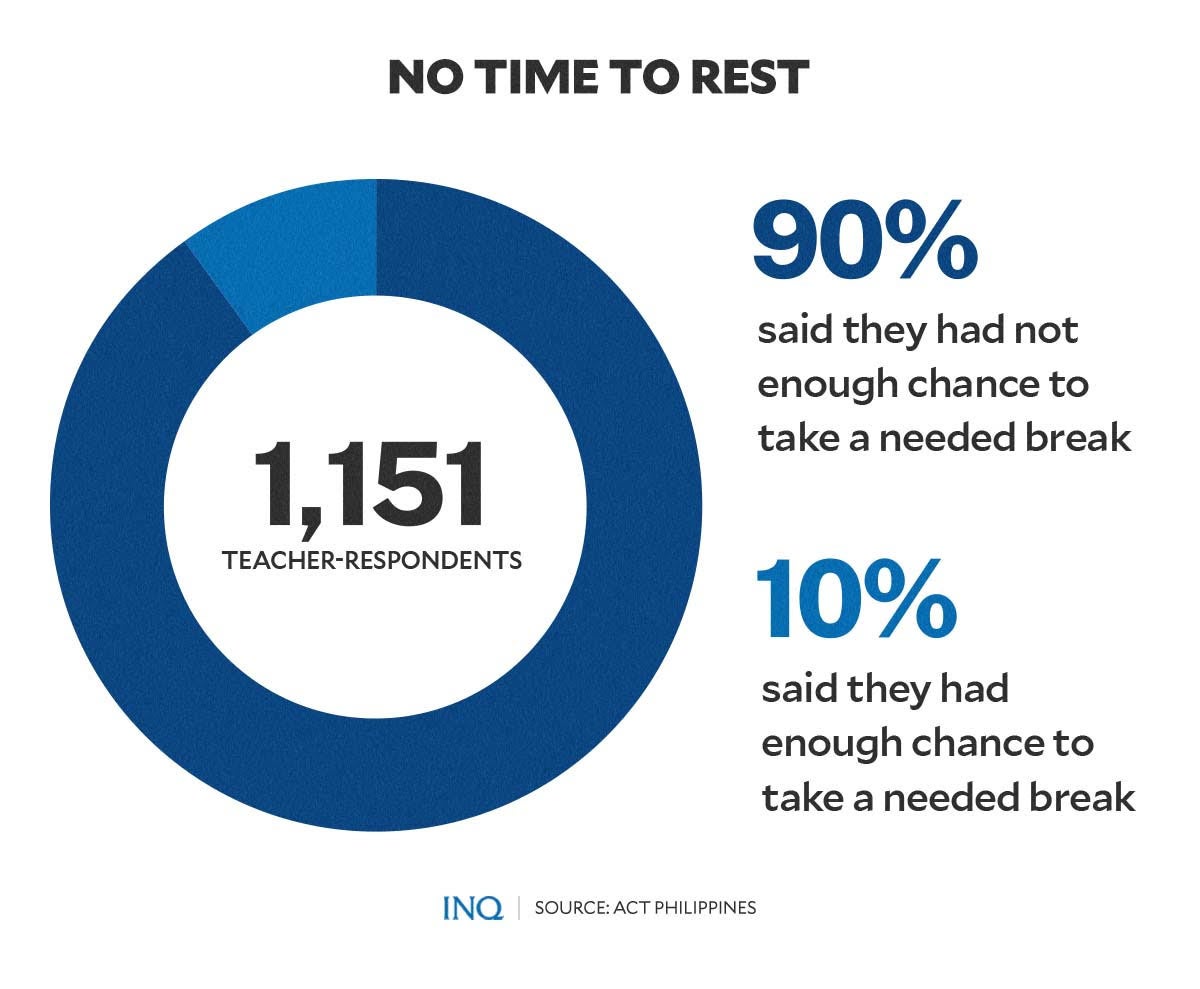 But Pangilinan said the government needed to do more: “The education sector needs a huge reform led by an experienced teacher who knows, who sees, and who can implement the changes needed, so that the Philippines can produce globally competent students.”