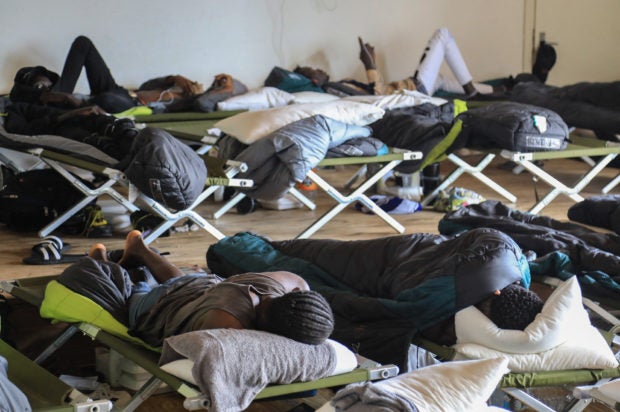 Migrants rest in a former school turned into a refugee facility, in Vydeniai village, Lithuania on July 29, 2021. AFP

VILNIUS, Lithuania — Lithuania on Monday said it had finished building a fence along its border with Belarus to fight illegal immigration which the West accuses Minsk of orchestrating.

Illegal immigration has soared in EU member Lithuania this year, with around 4,200 migrants mainly from the Middle East and Africa crossing the border from neighbouring Belarus.

The West has accused Belarusian President Alexander Lukashenko’s regime of manipulating the migrant flows with its ally Russia as part of “hybrid” warfare, which Minsk denies.

A barrier four meters (13 feet) high and made up of barbed wire stretches across around 550 kilometers (342 miles) of the two countries’ shared border.

Lithuanian Prime Minister Ingrida Simonyte announced the project’s completion and said it was “technically impossible” to erect physical barriers along the entire frontier, which crosses lakes, rivers and swamps.

Lithuania’s harsh migrant policy has led to accusations that it is carrying out illegal pushbacks. 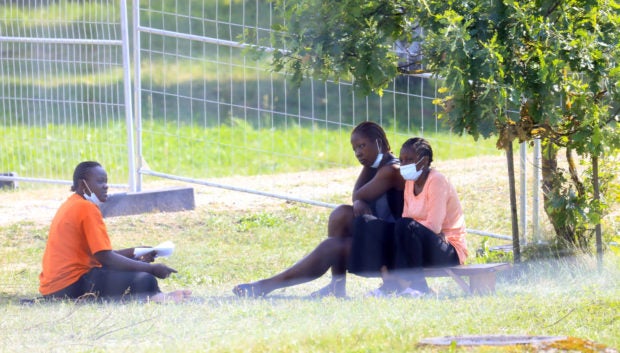 Migrants are seen on the former school grounds turned into a refugee facility, in Vydeniai village, Lithuania on July 29, 2021. AFP

Simonyte said her government would continue its policy and examine the possibility of legally maintaining it without imposing a state of emergency.

But she acknowledged it would be a challenge with regards to international law, saying her country has “lots of work to do”.

On Saturday, Lithuanian border guards refused entry to 125 migrants, the highest number since the start of the year.

The guards have accused their Belarusian counterparts of helping migrants enter Lithuania illegally and damaging the new fence.

Poland later constructed a steel wall along its border with Belarus to deter migrants, saying Lukashenko’s regime was “destabilising” the region.