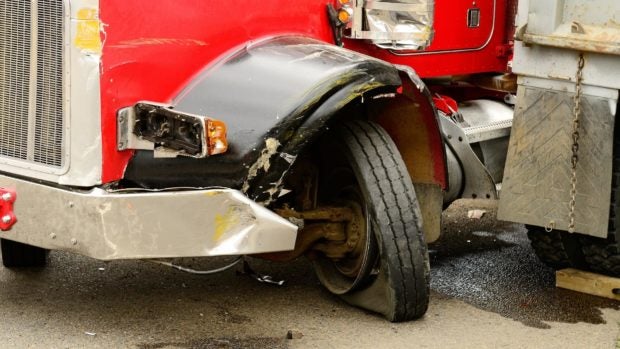 THE HAGUE — At least two people were killed and several others injured after a cargo truck ran off a dike and ploughed into a group of revelers on Saturday, Dutch police said.

The accident happened early Saturday evening when the Spanish-registered truck left the road on the narrow Zuidzijdsedijk, about 30 kilometers (18 miles) south of Rotterdam.

“The cargo truck drove into a group of people while they were at a neighbourhood barbeque,” Rotterdam police said on their Twitter account.

“There are several dead and several others have been taken to the hospital,” some in a serious condition, police said.

A police officer at the scene told the local Rijnmond broadcaster that “at least two people were killed” but that police were still at the scene verifying exact numbers.

Photographs from the scene identified the truck as belonging to the El Mosca company, based in Spain.

The truck’s driver, who was not injured, has been arrested and taken into custody by the police, the NOS national broadcaster said.

The accident in the Netherlands comes a day after a van driver ploughed into a crowded cafe terrace in central Brussels, wounding six people.