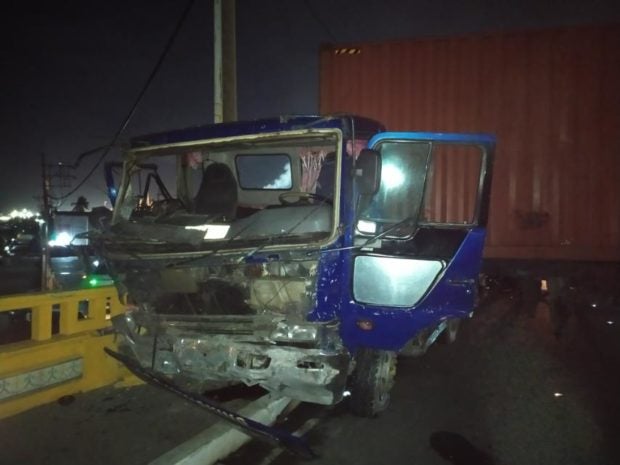 Photo from the Manila Police District.

MANILA, Philippines — A still unidentified person was killed after he was hit by a truck in Manila on early Wednesday morning.

According to the Manila Police District (MPD), the driver, identified as Jesus Operio Jr., claimed he lost control of the vehicle after it malfunctioned on Delpan Bridge in Binondo.

Police said the truck carrying a 40-foot container veered to the left before running over and killing the victim, who was lying at the center island of the road.

The MPD added that the vehicle continued moving and swerved back toward the right lane after the incident. Inevitably, its right front portion crashed into the bridge’s side.

The driver is now under police custody as he faces possible charges for homicide and damage to property.