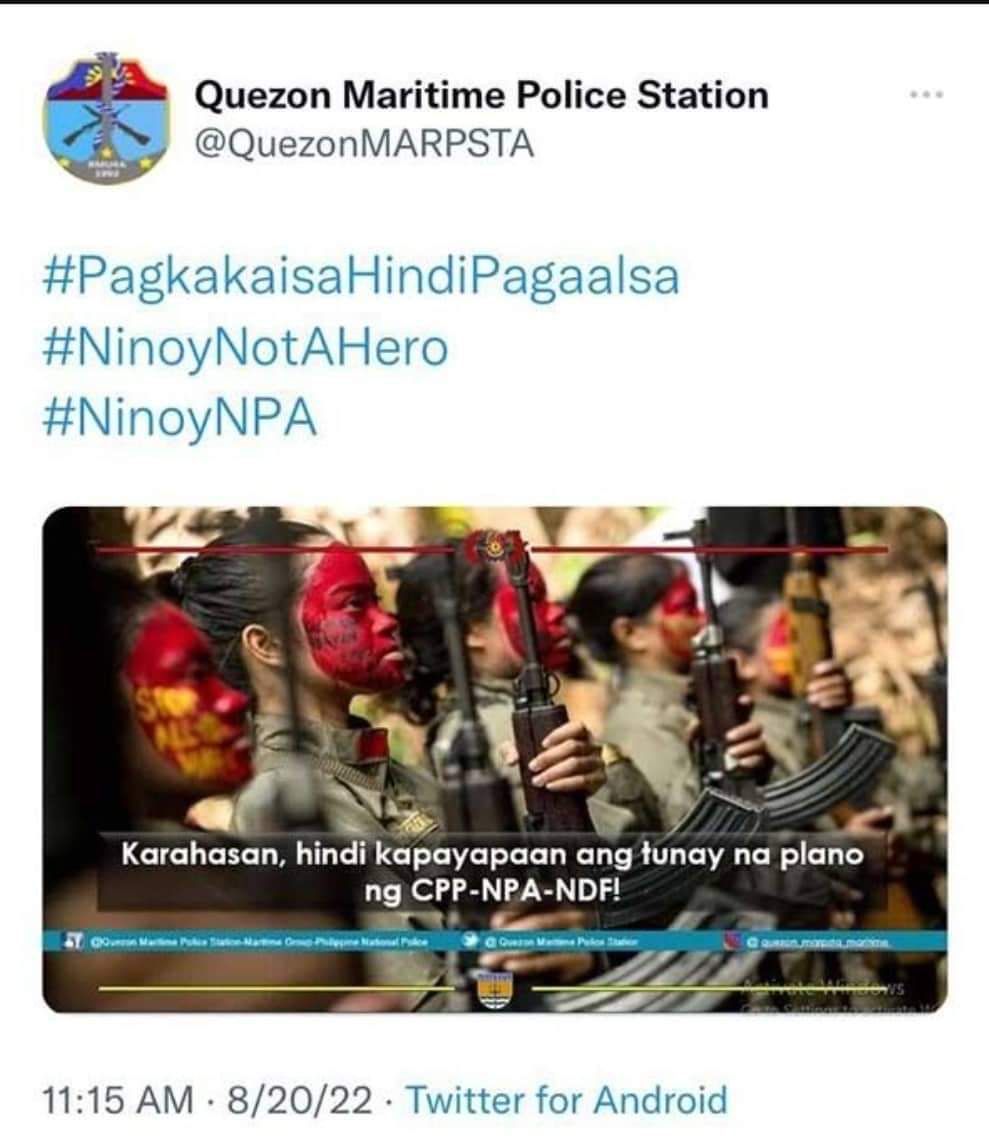 According to PNP Information Office Chief Police Brigadier General Roderick Augustus Alba, the PNP does not engage in name calling “that can malign any person’s reputation,” adding that they “value respect for human dignity.”

“The posts had been taken down and are now being investigated to determine those responsible for these,” said Alba.

“If anyone in the organization is found accountable, appropriate disciplinary actions will be imposed,” he added

The PNP released the statement after PNP offices, like the PNP’s Sta. Margarita Samar station and the Quezon Maritime Police Station, posted social media statements that linked the former senator to the (NPA) with the hashtags “NinoyNotAHero” and “NinoyNPA.”