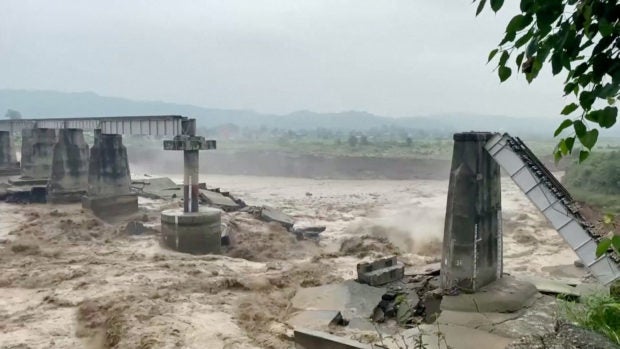 A general view of a bridge that collapsed following heavy rains in Kangra, Himachal Pradesh, India August 20, 2022 in this screen grab obtained from a video. ANI via REUTERS

The rains overwhelmed hundreds of villages, sweeping away houses and leaving residents stranded as rescue crews have been racing to evacuate survivors.

Earlier this month the federal weather office had predicted that India was likely to receive an average amount of rain in August and September, pointing to overall good crop yields in Asia’s third-biggest economy that relies on farming to boost growth and generate jobs.

Farming contributes around 15% to India’s $2.7 trillion economy while sustaining more than half the population of 1.3 billion. 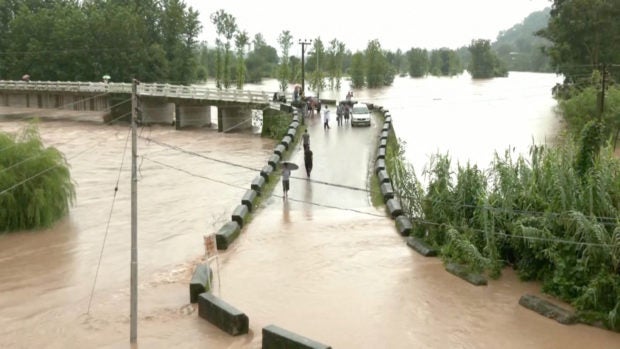 A general view of a flooded bridge following heavy rains in Mandi, Himachal Pradesh, India August 20, 2022 in this screen grab obtained from a video. ANI via REUTERS

Heavy showers followed by landslides and flooding in the Himalayan state of Himachal Pradesh over the past three days killed at least 36 people, a state government official told Reuters.

In the neighboring mountainous state of Uttarakhand, an official government release said that four were dead and 13 were missing due to continuous rainfall.

“We have deployed choppers to rescue people who are stuck in remote areas due to rain related incidents. The rescue operation is happening on full swing,” said Ranjit Kumar Sinha, an official in Uttarakhand’s disaster management department.

In the eastern state of Odisha, at least six people were dead amid ongoing torrential rains, a state official said. 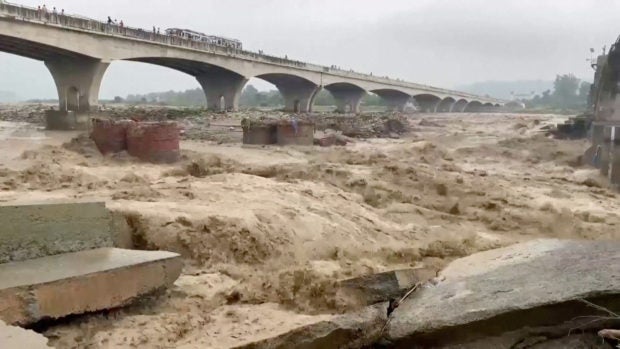 A general view of strong currents in the Chakki river following heavy rains in Kangra, Himachal Pradesh, India August 20, 2022 in this screen grab obtained from a video. ANI via REUTERS

Floods have affected nearly 800,000 people and displaced thousands from their homes in Odisha, with rains disrupting electricity and water supply, and damaging road infrastructure.

The state has evacuated 120,000 people so far from the affected areas.

Authorities in the Ramgarh district of the eastern state of Jharkhand said five people had been swept away by the waters of the swollen Nalkari river on Saturday.

Four bodies have been recovered so far, said Madhvi Mishra, a district official in Ramgarh.

Millions in Bangladesh and India await relief after deadly flooding