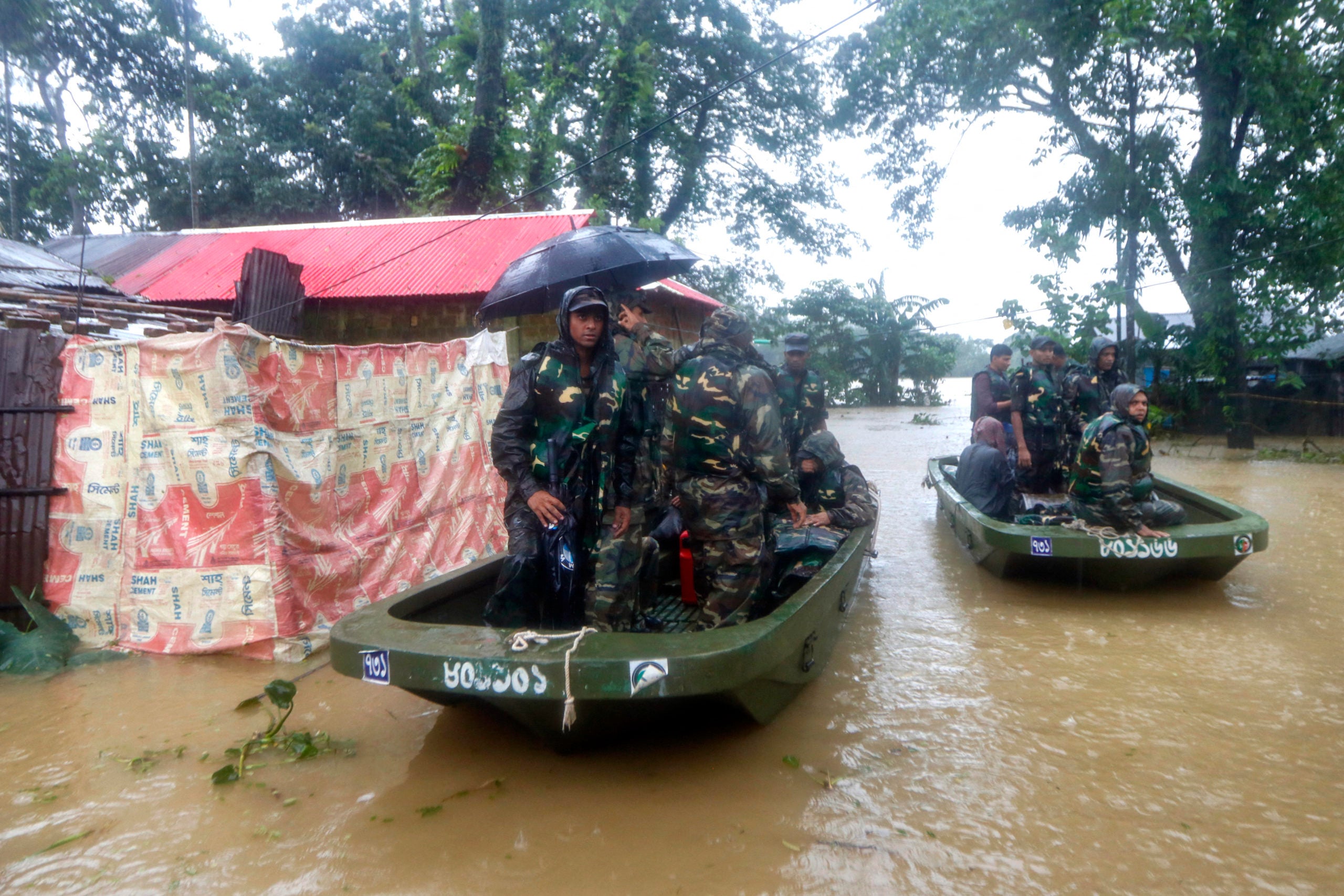 Floods are a regular menace to millions of people in low-lying Bangladesh, but experts say climate change is increasing their frequency, ferocity and unpredictability.

Relentless downpours over the past week have inundated vast stretches of the country’s northeast with troops deployed to evacuate households cut off from neighboring communities.

Schools have been turned into relief shelters to house entire villages inundated in a matter of hours by rivers that suddenly burst their banks.

“The whole village went under water by early Friday and we all got stranded,” said Lokman, whose family lives in Companyganj village.

“After waiting whole day on the roof of our home, a neighbor rescued us with a makeshift boat. My mother said she has never seen such floods in her entire life,” the 23-year-old added.

Asma Akter, another woman rescued from the rising waters, said her family had not been able to eat for two days.

“The water rose so quickly we couldn’t bring any of our things,” she said. “And how can you cook anything when everything is underwater?”

Lightning strikes triggered by the storms have killed at least 21 people around the South Asian nation since Friday afternoon, police officials told AFP.

Among them were three children aged between 12 and 14 that were struck by lightning on Friday in the rural town of Nandail, said local police chief Mizanur Rahman.

Another four people were killed when landslides hit their hillside homes in the port city of Chittagong, police inspector Nurul Islam told AFP.

‘The situation is bad’

“The situation is bad. More than four million people have been stranded by flood water,” Hossain said, adding that nearly the entire region was without electricity.

Forecasters said floods were set to worsen over the next two days with heavy rains in Bangladesh and upstream in India’s northeast.

Before this week’s rains, Sylhet region was still recovering from its worst floods in nearly two decades late last month, with at least 10 people killed and 4 million others affected.