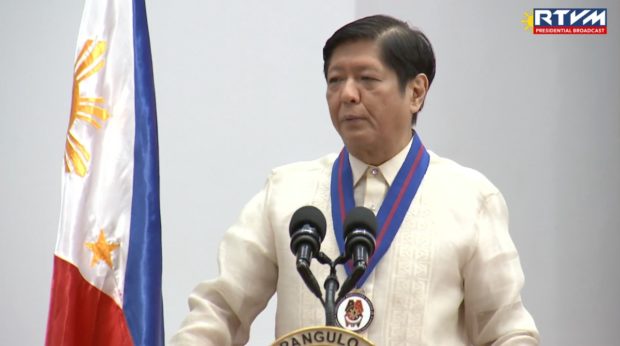 MANILA, Philippines — President Ferdinand Marcos Jr. has replaced the entire board of the Sugar Regulatory Administration (SRA), including one member he had appointed only days before the board convened and approved the importation of 300,000 metric tons of sugar without the chief executive’s authorization.

Alba is the general manager of the Asociacion de Agricultores de La Carlota y Pontevedra Inc., one of the largest groups of sugar planters in the country that opposed moves by Serafica to import sugar.

After the Palace announced his appointment on Saturday, Alba thanked Marcos for appointing him and the other members of the board.

“At least now, the SRA has a board that can start working already because the sugar industry is faced with a lot of problems,” Alba told the Inquirer.

He asked SRA personnel to provide the board with accurate data, especially on the country’s sugar supply, particularly because sugar mills have begun operations and inventory data is important.

He said at least five sugar mills have already begun operating in Negros Occidental, the nation’s largest sugar producer, and production will steadily be going up, especially by September when more mills will begin operating.

Aside from Alba, the president also named Ma. Mitzi Mangwag, a former executive of the Cagayan Robina Sugar Milling Company, a sugar division of Universal Robina Corp., to represent millers.

He also appointed Pablo Luis Azcona to represent sugar planters, replacing Aurelio Valderrama Jr., who was the president’s first appointee to the SRA and had just taken his oath of office on Aug. 6 before Bacolod City Mayor Albee Benitez, a long-time friend of the Marcos and Romualdez families.

Valderrama’s appointment was not really welcomed by some Marcos allies in Western Visayas because, as claimed by Marcos’ personal adviser on Western Visayas and Negros Occidental Vice Gov. Jeffrey Ferrer, he made unsavory remarks against the president during the campaign period, a claim Valderrama has denied.

Ferrer was Marcos’ main campaigner on Negros Island during the elections and is the husband of Negros Occidental Rep. Juliet Marie Ferrer, granddaughter of deceased former Ambassador Roberto Benedicto, who was sugar czar during the first Marcos administration.

But the president appointed Valderrama anyway in an apparent bid to make good on his pledge to promote national unity and, for a while, it seemed he would keep his post because he was the only Marcos appointee on the board.

On Saturday, Valderrama issued a statement saying he had always understood that he served at the pleasure of the President and that he was pleased with the appointment of Alba.

“At the onset, I was very clear that I serve at the pleasure of the President. As representative of planters, I have one objective, and that is the best welfare of the stakeholders of the sugar industry. I thank all planters who supported me in this endeavor, and I call on everyone to support the new board of directors and the President,” Valderrama said.

“I am also pleased that the planters’ representative is from Negros and someone who is also relentless in fighting for the rights of planters,” he added.

Valderrama said he would continue to cooperate with the investigation being undertaken by both houses of Congress on the sugar order that caused his replacement.