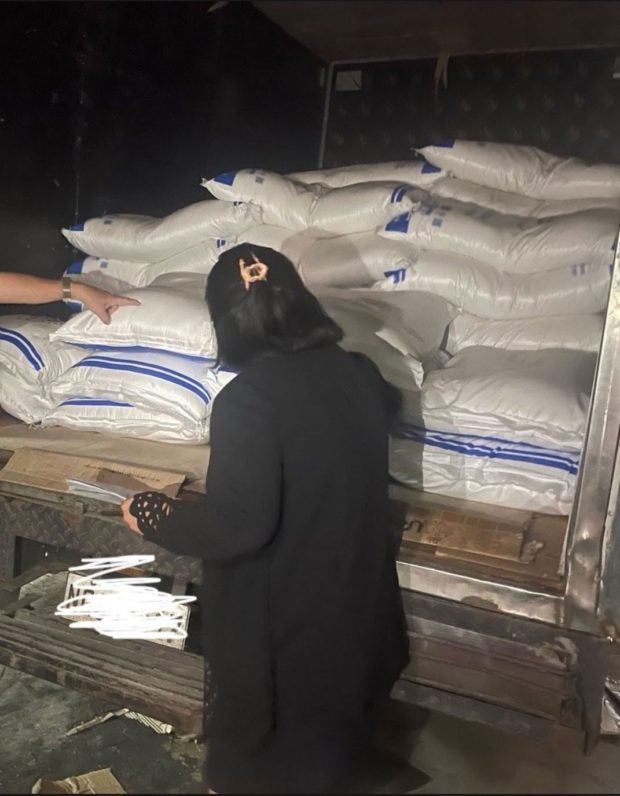 Thousands of sacks of Thai sugar were found on Thursday, August 18, inside a warehouse in the City of San Fernando, Pampanga province. (Photo from the Office of the Press Secretary)

MABALACAT CITY, Pampanga—Bureau of Customs (BOC) operatives found on Thursday, August 18, thousands of sacks of Thai sugar inside a warehouse in the City of San Fernando in this province.

The Office of the Press Secretary (OPS) said in a statement that agents of the Clark-based Customs Intelligence and Investigation Service and the Enforcement and Security Service–Quick Reaction Team raided the Lison Building that houses the New Public Market in Barangay Del Pilar in the capital city.

It said the operatives handed Jimmy Ng, the Chinese-Filipino warehouse keeper, a copy of the Letter of Authority from the BOC and “immediately seized suspected hoarded sacks of imported sugar from Thailand neatly stockpiled by the thousands inside the warehouse.”

The OPS said Executive Secretary Victor Rodriguez ordered the raid upon the directive of President Ferdinand Marcos Jr. as part of the BOC’s visitorial powers to all customs bonded warehouses “and to check on the inventory of imported agricultural products to find out if there is hoarding of sugar.”