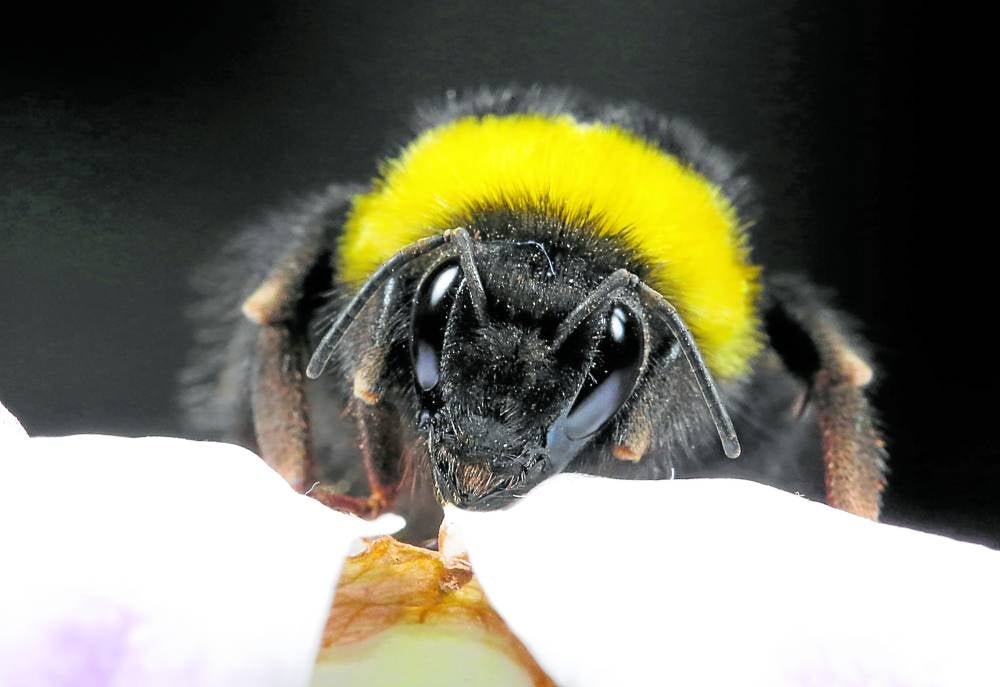 STRESSED Scientists in the United Kingdom have observed that hotter and wetter weather is stressing out bumblebees, making their wings grow uneven. Weather conditions linked to wonky or asymmetrical wings “will likely increase in frequency with climate change,” according to their study. —Mariejo S. Ramos

LONDON — Warmer and wetter weather linked to climate change appears to stress out bumblebees and make their wings more asymmetrical, which could ultimately affect their future development, according to UK scientists in a new research paper.

“With hotter and wetter conditions predicted to place bumblebees under higher stress, the fact these conditions will become more frequent under climate change means bumblebees may be in for a rough time over the 21st century,” scientists at Imperial College, London, wrote in the Animal Ecology journal on Wednesday.

The large furry bees, known for their distinctive buzz, only feed on flowers, making them vulnerable to changes to the countryside due to intensive farming.

Their population has declined in Britain over the past century, with two species becoming extinct, according to the Bumblebee Conservation Trust.

The Imperial College scientists looked at more than 6,000 bumblebee specimens in natural history museums, collected across Britain during the 20th century.

The scientists examined the right-left symmetry between the bees’ four wings, because asymmetry is an indication that the insect experienced stress during development.

They found that bees from the second half of the 20th century consistently had a higher average rate of asymmetry.

Asymmetry was also “consistently higher in warmer and wetter years,” according to the paper’s senior co-author Richard Gill.

“Overall, these results could suggest bumblebees experienced increasing stress as the century progressed and that aspects of climate change could have contributed to this trend,” the paper said.

The weather conditions linked to wonky wings “will likely increase in frequency with climate change”, it continued.

In April, scientists in the United States who studied more than 20,000 bees in the Rocky Mountains found that bumblebees had lower heat tolerance than smaller bees and were “more threatened under climate warming than other bees.”

Insects are facing a huge impact from both warming climate and intensive agriculture.

Another study released in April in the journal Nature found that these factors cause insect populations to plummet by nearly half compared to areas less affected by temperature rises and industrial farming.