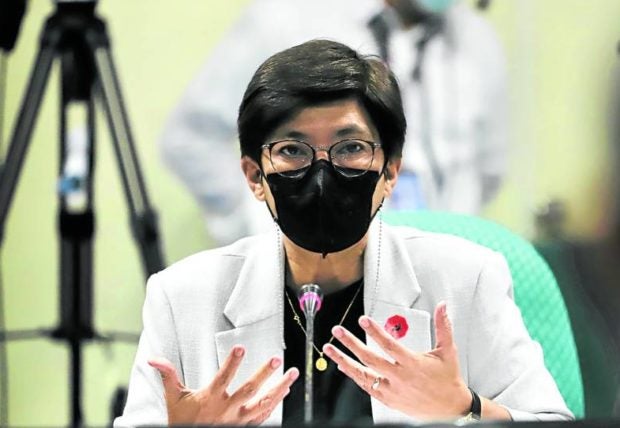 Two more Filipinos have contracted monkeypox upon returning from countries with known cases of the viral disease, the Department of Health (DOH) reported on Friday, exactly a month after the country’s first monkeypox case was confirmed by health authorities.

Health Undersecretary Maria Rosario Vergeire, officer in charge of the DOH, told a press conference on Friday that one of the two new cases was a 34-year-old individual who tested positive for the virus on August 18.

The other was a 29-year-old who tested positive for monkeypox on Friday, the official said.

But there is still no known local transmission of monkeypox in the Philippines, according to Vergeire, as the two individuals recently arrived in the country from different countries and had unique travel itineraries.

Neither of the two also had any connection to the first monkeypox case, the undersecretary said.

No other details about the two new cases were disclosed to protect their privacy.

“These cases had their own travel itineraries… But one thing that is common among the three is that all of them had travel history outside the country, and these countries were identified with monkeypox cases,” said Vergeire.

Contact tracing efforts for the second case are in progress while the patient is in home isolation, while 17 close contacts of the third case, who is admitted at a health facility, are under observation.

The first monkeypox case recorded in the Philippines was a 31-year-old who arrived from abroad on July 19.

On July 31, the Department of Foreign Affairs reported that another 31-year-old Filipino tested positive for monkeypox in Singapore on July 25, but that patient remained in a hospital there.

Asked if any one of the two new cases in the Philippines was showing severe symptoms, Vergeire said both cases were “manageable” with the patients experiencing “usual symptoms,” such as lesions and flu-like manifestations.

Monkeypox symptoms include fever, usually followed by skin rashes or lesions that manifest first on the face before spreading to other parts of the body, as well as swollen lymph nodes or lymphadenopathy, locally called “kulani.”

All the three cases in the country showed the typical symptom of lesions on the face that later spread to other parts of the body, including their private regions, according to the DOH.

“It is possible that symptoms start with body pain and fever, followed by lesions three to four days after. That’s why anyone with fever should consult with a doctor so that they will be guided on how to treat their symptoms and be isolated immediately,” she said.

Vergeire urged the public to “not panic” in the wake of new monkeypox infections, saying the zoonotic disease was “different from COVID-19” because its mode of transmission is direct physical contact, such as exposure to infected objects, open wounds, lesions, as well as through intimate activities like kissing and having sex.

COVID-19, however, is more contagious because it is airborne.

READ: DOH reminds public: Monkeypox is not like COVID-19

But Vergeire also cautioned that there is still much to learn about monkeypox, which was classified last month by the World Health Organization as a public health emergency of international concern after it was detected in countries where the disease is not endemic.

Health authorities earlier said the main mode of treatment for monkeypox was “supportive therapy,” which involves relieving symptoms to prevent the patient’s condition from worsening.

The government is also in talks with vaccine developers regarding the procurement of monkeypox vaccines.

But at an earlier briefing, Vergeire said monkeypox jabs were not likely to arrive in the country earlier than 2023 as manufacturers were receiving a barrage of requests for the vaccines amid the global outbreak.

“These are just initial discussions. When we talked with them, we just asked if we could procure vaccines that are enough to inoculate priority groups such as the health workers for pre-exposure prophylaxis,” the official had said.