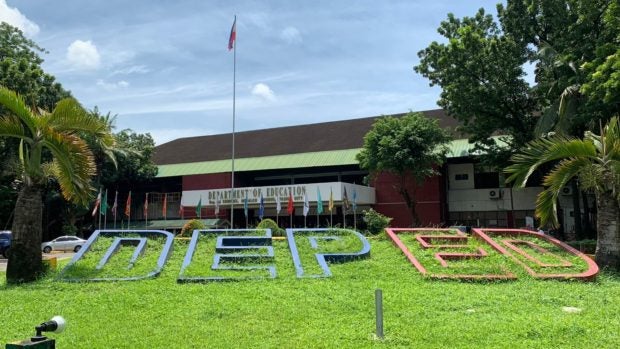 MANILA, Philippines — The Department of Education (DepEd) is planning to revive its anti-corruption committees under the helm of Vice President Sara Duterte, who also sits as the agency’s chief.

During the Senate committee on basic education hearing on Friday, Senator Robin Padilla asked DepEd Undersecretary Epimaco Densing III about the continuity of the anti-corruption committees.

(In the past administration, DepEd formed anti-corruption committees. How is this? Will this be continued? Is it still there?)

(We plan to revive and strengthen it to tell the bureaucracy that we would not allow any corruption.)

Densing, an officer of the Department of the Interior and Local Government’s (DILG) Bantay Korapsyon, boasted that several erring officials were held accountable under his watch.

He wants to pursue anti-corruption efforts in the education agency.

(It was during my supervision of DILG’s Bantay Korapsyon that I developed experience with anti-corruption. As a result, many municipal employees and mayors were prosecuted and convicted.)

(We want to pursue this, so the message is clear: stealing, corruption, and using DepEd’s funds are prohibited.)

Currently, DepEd is facing scrutiny after the Commission on Audit flagged it for purchasing expensive yet outdated laptops for teachers through the Department of Budget and Management – Procurement Service.

The Senate is set to investigate the matter on August 25.