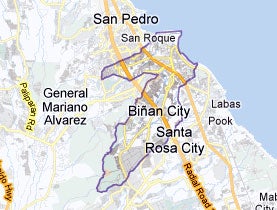 In a statement released on Thursday, TEPWU alleged that an unknown armed man was caught on CCTV outside of Fernandez’s home in Cavite on August 16. The man, the statement read, “stood in front of the family’s home for a few minutes before throwing a plastic bag that contained a sim card and money.”

Fernandez also recounted that a man followed him after work at the TEPC factory in Binan, Laguna.

“They pressured Fernandez’s wife and nephew to sign and receive a letter addressed to Fernandez from the NTF-ELCAC” the statement read.

With TEPWU set to have a collective bargaining negotiation this month, the union believed that these incidents constitute “bad faith” on the part of the company.

“We heavily condemn the increased surveillance and intimidation on Mario Fernandez and his family and any attempt from the management, NTF-ELCAC, and the LGU to illegitimize our legal right to organize,” TEPWU stated.