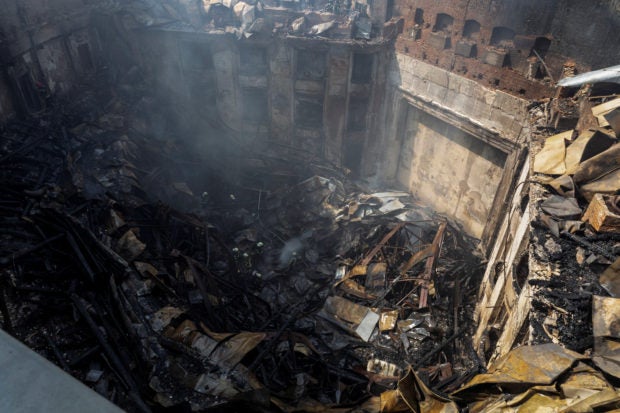 Firefighters work at the site of a House of Culture hit by a Russian missile strike, amid Russia’s attack on Ukraine, in Kharkiv, Ukraine, August 18, 2022. REUTERS/Sofiia Gatilova

KHARKIV, Ukraine — A total of 17 people were killed and 42 were injured in two separate Russian attacks on the major northeastern Ukrainian city of Kharkiv, the regional governor said on Thursday.

Three civilians were killed and 17 wounded in a pre-dawn rocket strike on Thursday, the local emergency service said. That followed a Russian attack on Kharkiv on Wednesday, in which the emergencies service initially said 12 people were killed.

“As of now, 17 people have died in Kharkiv … and 42 people have been injured,” he wrote on Telegram, describing the attacks as “an act of terrorism”.

Synehubov also said two people were killed on Thursday in a rocket attack on the town of Krasnohrad in the Kharkiv region.

President Volodymyr Zelenskiy described Wednesday’s attack on Kharkiv, Ukraine’s second-largest city, as a “devious and cynical strike on civilians with no justification”.

“We cannot forgive. We will avenge it,” he said.

Russia denies deliberately targeting civilians in what it calls a “special military operation” in Ukraine.

Kharkiv resident Tamara Kramarenko said the dormitory where she lived had been hit by a missile on Wednesday.

“Bang, grey. Grey fog … we got three windows – nothing else left! The stairs started collapsing, people started helping each other,” she told Reuters.