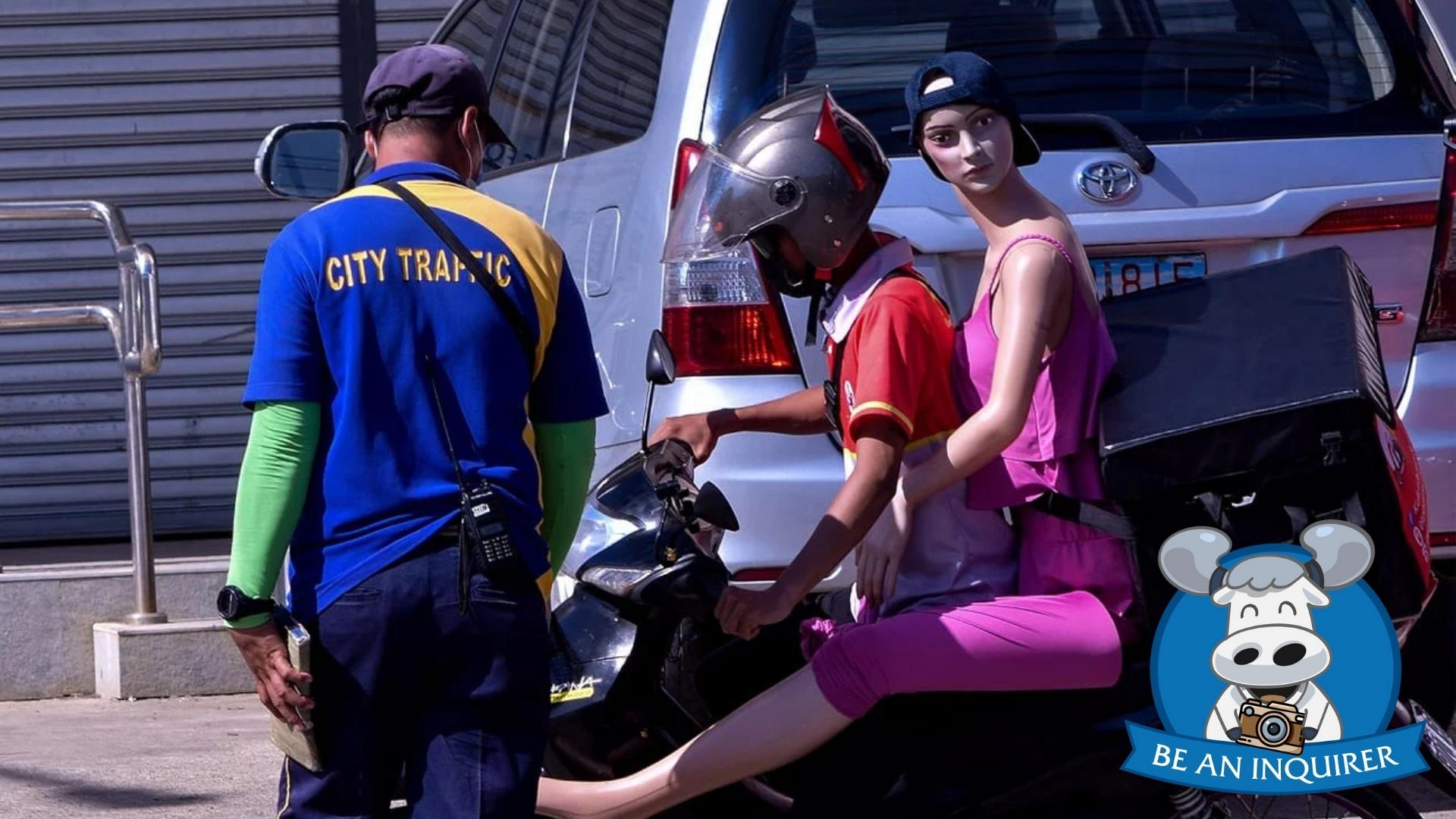 Traffic enforcers mistakenly nabbed a delivery rider for riding with a helmetless passenger—who turned out to be a mannequin—while maintaining traffic safety and efficiency on the roads as part of their day-to-day duties. Photo: Courtesy of Just Ride Palawan/Facebook

Traffic enforcers mistakenly nabbed a delivery man whom they spotted  riding with a helmetless passenger, who turned out to be a mannequin.

Ryan Jay Aljecera was on his way to deliver the mannequin to a customer when traffic enforcers flagged him along Rizal Avenue in Puerto Princesa City in Palawan for an apparent traffic violation.

(I was surprised when the traffic enforcers stopped me because I knew I had not done anything wrong. When they realized I was just riding with a mannequin, they burst out laughing.)

He said the traffic enforcers who halted his delivery found the incident hilarious and even called their companions to show them what happened.

“‘Ang sexy ng angkas mo pero walang helmet ah’ (Your rider looks sexy, but it’s not wearing a helmet),” he recalled the traffic enforcers as telling him in jest.

Not only the traffic officers found the incident funny but also other motorists and passersby who witnessed them on the road, according to Aljecera.

Photos of his hilarious experience have gone viral on social media after the admin of the Just Ride Palawan Facebook page—who preferred not to be named—posted them on Monday, Aug. 15. One of the photos shows a traffic enforcer giving the rider a thumbs up after Aljecera passed the inspection.

Social media users, meanwhile, were also delighted by the incident; one even bought Aljecera a milk tea as a treat for the good vibes he brought online. 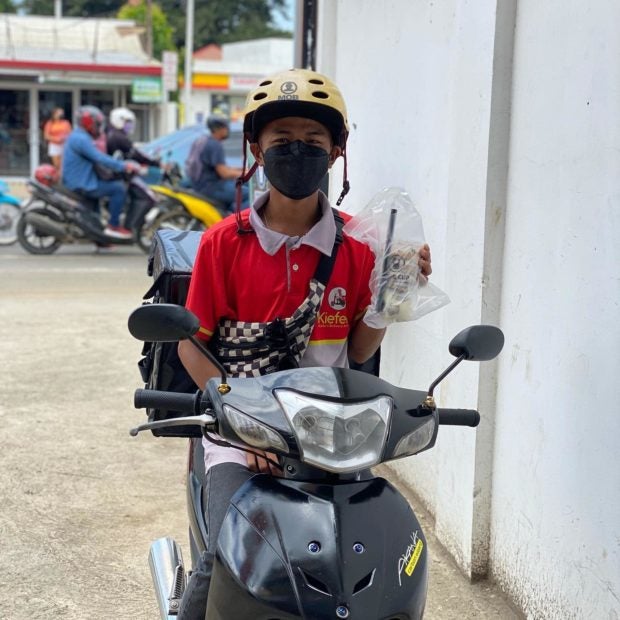 Ryan Jay Aljecera holds a cup of milk tea, which was a treat from a social media user who was delighted by his now-viral photos. Photo: Courtesy of ED Sarita, Love Cup San Pedro/Facebook

(When they are in a rush, they often attempt to cross the road even when [the traffic light] is red; this usually results in them being caught and ticketed.)

(We must not violate the law. For a food delivery rider, time is of the essence. Thus, delivery drivers often drive fast. That is why we must be extra cautious when driving—for our own safety.)  /ra