MANILA, Philippines – A 25-year-old man, who had been abducted from a gasoline station in Taal, Batangas, was found dead in Quezon province, the police said Thursday.

The Philippine National Police Regional Office 4-A reported that the body of victim Eugene del Rosario was stumbled upon along the Eco Tourism Road in Sitio Pontor, Barangay Bignay 2 on Wednesday morning.

It further detailed that del Rosario’s face and hands were covered with packaging tape when his body was retrieved.

Assistance from the Quezon Provincial Forensic Unit’s Scene of the Crime Operations has since been sought for the investigation. 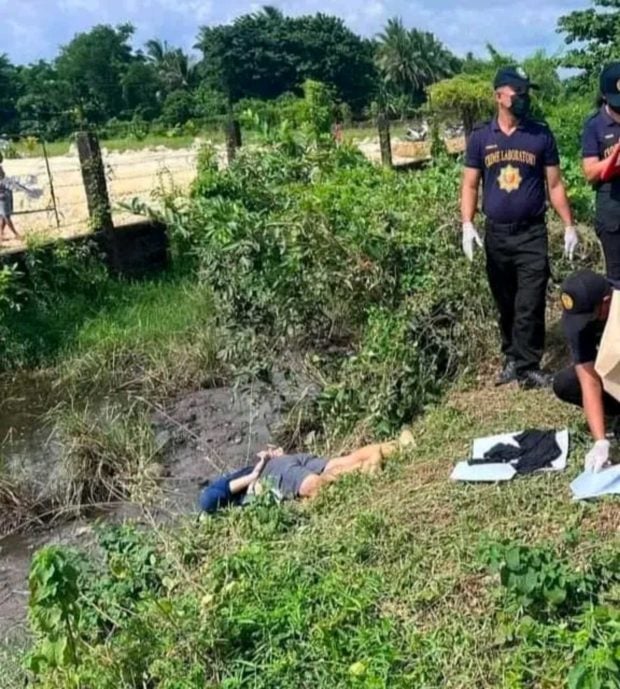 The victim’s live-in partner, Maureen Cabello, earlier reported to the police that del Rosario was abducted in front of a gas station in Barangay Mahabang Ludlod in Taal, Batangas.

CCTV footage recovered by investigators showed that del Rosario got off a bus on Tuesday night, and was later taken by several armed suspects onboard a gray sport utility vehicle and a gray sedan.

Police said the suspects’ vehicles were then seen heading towards Santa Teresita in Batangas.