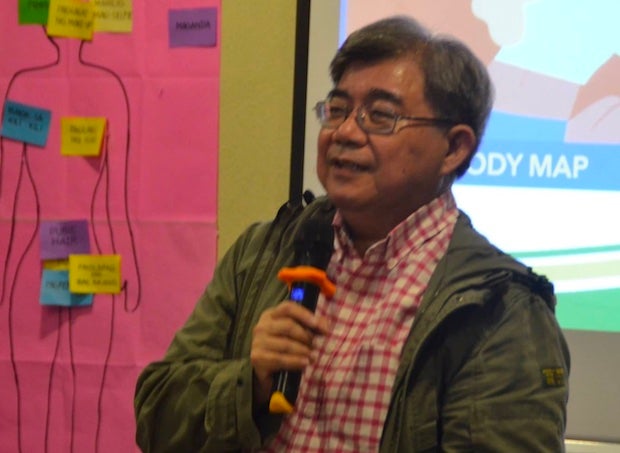 Undersecretary Juan Antonio Perez III, executive director of the Commission on Population and Development. (File photo from the Facebook page of Popcom)

MANILA, Philippines — The government should start investing on long-term programs to manage the increasing number of senior citizens in the country, particularly on health-care and employment opportunities, the Commission on Population and Development (Popcom) executive director said on Wednesday.

“What we need are programs to achieve active and healthy aging, including community-based rehabilitation programs. We also need programs for geriatric care … Eventually, if there are really growing numbers, let’s say beyond 10 million population, we also have to develop programs for their care, either at home or in institutions,” Undersecretary Juan Antonio Perez said at the Laging Handa briefing.

Citing official data, Perez said the number of seniors in the country more than doubled—from 4.5 million 20 years ago to 9.2 million in 2020—as they now comprise 8.5 percent of the population, compared to 5.9 percent at the turn of the century.

“We think, by 2035, their number will be very big. So in the next 10 years, we have to develop programs for senior citizens,” he said.

The Popcom chief attributed their growing number to the increasing life expectancy among Filipinos, currently 69 years old for males and 74 years old for females, because of better access to medical care, healthier lifestyle and more educated seniors “who make better choices in life.”

Perez pointed out that the “demographic transition” occurring in the country would be taking place within 15 years, compared to other countries with already aging populations that reached the level in 20 years to 30 years and subsequently had more time to invest in elderly health care.

“Our demographic opportunity to take advantage of our large working population and a small younger population will be only for 15 years. Other countries … had more time and they enjoyed greater economic benefits. But in our case, we were the last [among countries where] fertility [rates] started falling, so we will have a smaller window of opportunity to take advantage of this demographic transition,” he said.

By 2035, around 40 percent of the Philippine population would be seniors, Perez said, pointing out that based on United Nations standards, a country has an “aging society” if the elderly comprise more than 10 percent of the population.

Perez noted that only 20 percent of the country’s elderly had pensions and the government would eventually have to find ways to employ those still able and productive. “We need to think if we need to to bring up the retirement age—that is something that can be talked about in Congress—and also to look at part-time work for older citizens.”

“We have to see to it that our seniors grow old active and healthy, meaning no disabilities. So we need to have … community-based rehabilitation [and] preventive health programs for them. That is our thrust in the coming years,” Perez said.

But at the same time, the government should also take care of the 15 years old and below population which would be the country’s future workforce. Investments in education and skills training should continue so they would be employable when they grow up, he added.

“We need effective workers to support our consumers which are both the older and younger population,” Perez said.