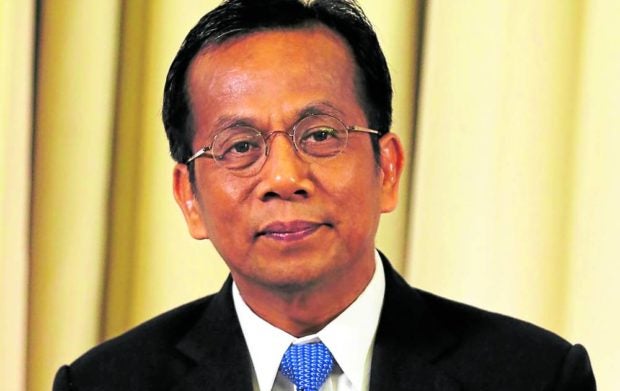 MANILA, Philippines — As more senior citizens have ventured back to the job market due to the harder times wrought by the high prices of food and other basic services, the country’s chief economist on Tuesday urged the private sector to provide them with opportunities and training so they could adapt to potential employment especially in the digital space and in agriculture.

“Our institutions, our practices, our regulations have to evolve and respond with the changing times. Life expectancy has been increasing in many societies, including us [in the Philippines]… In countries like Japan or South Korea where life expectancy has increased, the society has opened up opportunities for the age-old members of their population,” Socioeconomic Planning Secretary Arsenio Balisacan noted in a press briefing on Tuesday.

Balisacan, who heads the state planning agency National Economic and Development Authority (Neda), said the Philippines would have to follow suit in giving opportunities to seniors age 65 and above as they remained “very productive.”

“I suspect old guys like me can also be trained in digital… we can do that,” Balisacan said. “I think that the trick here is just to open up the possibilities, and let the people choose what best fits them.”

Balisacan noted that some retirees went into modern farming, or teaching after serving in the government.

Balisacan’s call came after the Philippine Statistics Authority’s (PSA) latest labor force survey (LFS) released on Monday showed that even retired senior citizens were being forced to look for jobs because of the need for a bigger family income to meet the unabated increase in consumer prices.

The survey showed that 570,000 Filipinos joined the labor market for the month of June alone. While the bulk of new joiners in the labor force were in the age bracket 25 to 34, which include new graduates, National Statistician Dennis Mapa told a press briefing that there was an increasing number of labor force entrants from higher age groups, or those above 35 years old.

For instance, Mapa said the labor force participation rate for those age 65 and above—or the number of senior citizens either working or actively looking for a job— increased to 38.2 percent from 34.9 percent last May.

Mapa said that in the PSA’s survey, 65 percent of the respondents said they looked for regular jobs because they wanted more earnings to help them cope with rising prices.

Amid these harder times, regardless of age, “you will be looking for a job to augment your income,” Mapa noted.

Inflation, a measure of the average increase in prices of basic goods and services, averaged 4.4 percent during the first half of 2022, or above the 2 to 4 percent that the government considers manageable and conducive to economic growth. Inflation rose for a fifth straight month to 6.4 percent in July.

Inflation has been fueled by the surge in the prices of crude oil and other imported commodities as a result of Russia’s invasion of Ukraine, which disrupted the global supply chain.

But more importantly, Balisacan said the government should facilitate the creation of more quality jobs for all.

“The thrust of [the Marcos administration’s] economic program or plan is to create increasingly productive employment opportunities, so that you don’t have to work more than eight hours, or you don’t have to have two jobs to earn a decent living,” Balisacan said.

“If the quality of employment can improve, and that’s what we aim to achieve with efficient structural transformation, when you are able to get jobs opened up in highly productive sectors like manufacturing and even tourism, then people don’t have to overwork, and can even retire with good savings so you don’t have to be forced to go back to work even if you no longer find it healthy to work,” the Neda chief added.

“The overall plan is to increase the quality of employment available for Filipinos, and investment is crucial to that part of the story,” he said.

The Marcos administration aims to reduce the unemployment rate to 4-5 percent by 2028 from a high of 17.7 percent at the height of the pandemic in 2020. The jobless rate has eased to 6 percent as of June this year.

“To reflect the increase in quality jobs, the percentage of wage and salaried workers in private establishments to total employed workers will increase from 48 percent in 2021 to a range of 53-55 percent in 2028,” President Marcos’ economic team said last month.

Balisacan also noted that while the prolonged COVID-19 pandemic likely severely eroded the savings of households locked down for about two years, with millions of Filipinos unable to work during the most stringent quarantine restrictions, the return to economic growth would allow them to save up again.

As such, the Neda chief said more Filipinos should be enjoined to be banked and invest to allow financing deepening not only among individuals but also for the country’s financial markets.