LTO must explain P3.15-billion IT system blamed for delays 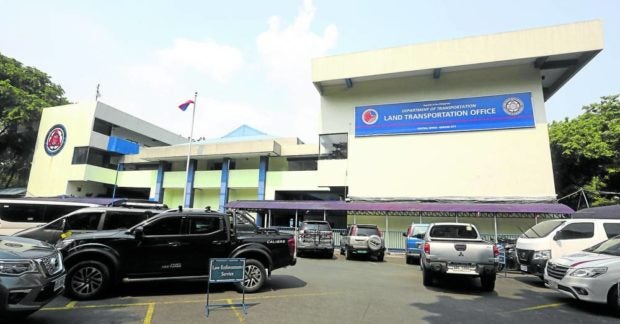 GLITCHES | The Land Transportation Office is under fire for paying billions of pesos for an online licensing and registration portal that a senator now wants scrutinized for frequently bogging down. (File photo by NIÑO JESUS ORBETA / Philippine Daily Inquirer)

MANILA, Philippines — The Land Transportation Office (LTO) must be made to explain why it paid P3.15 billion in full to four companies for its new online licensing and registration portal despite a number of defects that generated “massive disruptions” in the system, Senate Minority Leader Aquilino “Koko” Pimentel III said on Wednesday.

The senator, citing the red flags noted by the Commission on Audit (COA) in its 2021 audit report on the LTO, called on the Senate blue ribbon committee to look into the allegedly questionable payments made by the transport agency to the contractors for the outsourced information technology (IT) project.

The payment of such a huge sum was made to Dermalog Identification System, Holy Family Printing Corp., Microgenesis and Verzontal Builders despite the “incomplete turnover of deliverables,” according to Pimentel in Senate Resolution No. 147.

This was “in clear violation of the procurement and auditing rules and to the disadvantage and detriment of our government and country as a whole,” Pimentel added.

“Unsurprisingly, there have been complaints of slow processing of documents in getting a driver’s license and its renewal, as well as registration of vehicles, which have been attributed to its new IT system,” the senator said.

He said the new LTO chief, Assistant Secretary Teofilo Guadiz III, who was appointed in late July, himself acknowledged that glitches in the land transportation management system (LTMS) were causing “massive delays in LTO transactions nationwide.”

“It is thus imperative for the LTO to explain why full payment has been made to the vendor of this IT system which has unresolved issues and are clearly not working as intended and is causing massive disruptions to the LTO processes,” he said.

In a statement on Wednesday, the LTO said it would “comply with whatever requirements the COA may put forth in order to shed light on details regarding the project” and welcomed the chance to explain the “supposed undue payments” in a Senate inquiry.

“We would be more than willing to answer truthfully all questions regarding the matter,” Guadiz said.

“The LTO is one with any person or institution in finding out the truth in the spirit of transparency and accountability. What we can also assure is that the LTO will remain cautious in entering into contracts and efficient in the delivery of service to the motoring public,” he added.

Guadiz’s statement did not address specific questions in the COA report and Pimentel’s resolution.

In 2018, the Department of Transportation, the LTO’s parent agency, awarded the multibillion-peso IT project to the joint venture of Dermalog, Holy Family, Microgenesis and Verzontal Builders.

Under the contract, the joint venture was supposed to develop “core applications” for the LTMS, including the driver’s licensing system and the motor vehicle inspection and registration system.

But Pimentel noted that based on the COA report, the contractors were paid for the applications in full despite their failure to accommodate certain LTO transactions, among “70 open issues still to be delivered by the vendor.”

The senator said this was based on a review of the quality assurance reports dated Dec. 9, 2021, on the functionality and regression testing performed on each core application in LTMS version 2.3.0.

The LTO also reported 25 existing issues on the core applications that remained unresolved as of December 2021, purportedly disrupting the operations of various LTO licensing sites.

Under the country’s procurement laws, according to Pimentel, no payment is supposed to be made for services not yet rendered or for supplies and materials not yet delivered under any contract with the government.

“[I]t is a basic rule in procurement contracts that payment based on progress billing is allowed provided that the goods have been delivered or installed in accordance with the terms and conditions of the contract, and the same was duly inspected and accepted by the procuring entity as evidenced by a certification to that effect,” the senator said.