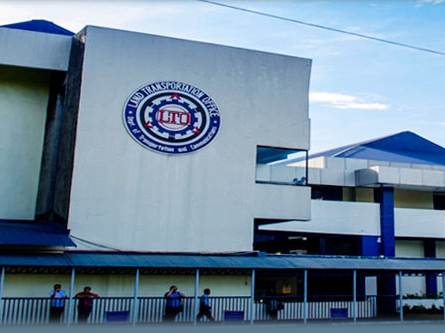 MANILA, Philippines — The Land Transportation Office (LTO) on Wednesday said it needed about P6.8 billion to overcome the “huge” backlog of unprinted license plates in the country.

“We have no problem producing the plates. We have robots, in addition to the manual embossing machines. We can address the backlog if we have the funds,” said Romeo Vera Cruz, officer in charge of the LTO, at the Laging Handa briefing.

“So, we need funding and only Congress can provide us with funding,” he added.

He did not specify where that money would be spent. He also did not say how big the current backlog was.

In April 2018, an LTO plate-making facility was established to expedite the production of license plates that used to be outsourced.

It could produce 700 license plates per hour, or over 5,600 plates during an eight-hour work shift.

Vera Cruz said the LTO had two robots that produce license plates — one for motorcycles and the other for other types of motor vehicles. In addition, it has about 10 manual embossing machines, he said.

Before leaving office in June, then LTO chief Edgar Galvante said the agency needed to produce 11 million motorcycle license plates to fill up the backlog. He did not say how many they needed for other vehicles.

According to a Commission on Audit (COA) report, the total license plate backlog was 8.12 million as of 2020.

Many car owners have complained of having to wait for months for their license plates and use only the conduction stickers provided by the car manufacturers as virtual vehicle identification numbers whenever these are needed.

Thousands of new vehicles are sold yearly, and they leave the dealerships with no physical plates attached. For some, license plate numbers are printed on the vehicle registration document ahead of the delivery of the physical plates months later.

The Chamber of Automotive Manufacturers of the Philippines Inc. (Campi) and Truck Manufacturers Association (TMA), which account for the bulk of the domestic auto industry, sold 268,488 units in 2021, a 20-percent increase from 2020.

The company was supposed to supply license plates from 2013 to 2017 but the project started only in 2014 due to budget constraints. Still, the PPI-JKG failed to deliver 4.065 million plates for motor vehicles and 7.213 million motorcycle plates.

In July 2015, the COA issued a notice of disallowance (ND) against the deal, saying it was “illegal” because it was awarded without a specific allotment under the 2014 national budget.

In June 2016, the Supreme Court issued a temporary restraining order to stop the Bureau of Customs (BOC) from donating to the LTO 700,000 license plates in view of the COA’s ND on the plate modernization program.

The BOC seized the plates from the PPI-KJG because it was unable to pay the P40 million import duties. The court lifted its restraining order on the donation in January 2018.

In July 2017, pending the appeal of the ND, the LTO started to procure license plates that were for distribution to vehicles awaiting their plates from July 2016 to December 2017.

In December 2017, a contract worth P978.8 million was awarded to another company, Trojan JV, to produce 775,000 pairs of motor vehicle plates and 1.7 million motorcycle plates.

In 2018, the ND on the license plate modernization program was lifted. It was only in that year that the LTO started to issue license plates for vehicles registered in July 2016.

The COA said in its 2020 audit report that delays in procurement of license plates under the license plate modernization program were due to “legal impediments and contract termination, changes in motorcycle plates’ specifications, among others.”

It recommended speeding up the production to fill up the backlog in the existing contracts.

As of June 2021, 790,725 pairs of replacement plates for motor vehicles have been delivered to the district offices for distribution, the DOTr said.

According to the DOTr, the LTO has produced a total of 3.9 million pairs of motor vehicle plates and 6 million motorcycle plates from 2014 to August 2021.

The LTO also has a separate plate replacement program. Out of the 2,561,627 backlog of replacement plates, 2,438,421 pairs were already produced and distributed, according to the DOTr.