PS-DBM to buy only ‘common-use’ items 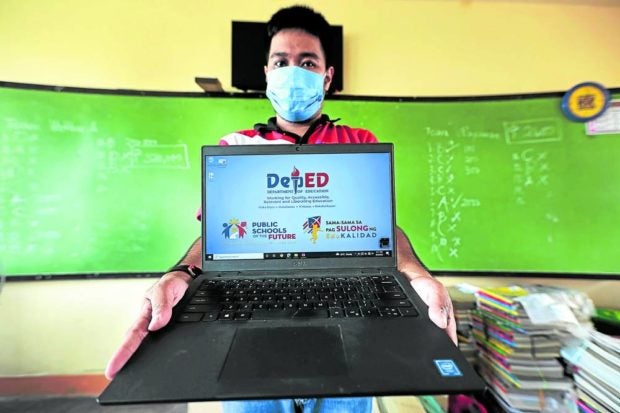 MANILA, Philippines — The Procurement Service of the Department of Budget and Management (PS-DBM) will no longer supply government agencies with materials or equipment not intended for “common use,” its new chief said amid controversy over its purchase of pricey but slow laptops for the Department of Education (DepEd).

Dennis Santiago, the newly appointed executive director of the embattled procurement office, said on Tuesday he has issued a directive suspending the procurement of non-common-use supplies and equipment “effective immediately.”

Common-use items refer to equipment and materials used by government agencies in their day-to-day operations, such as paper, computers, printers, pens, pencils, folders and staplers.

But in the early days of the pandemic, the Department of Health (DOH) recommended classifying masks and personal protective equipment (PPE) sets, among other health and medical equipment, as common-use supplies so the PS-DBM could expedite buying those items amid a global shortage.

The Government Procurement Policy Board approved the classification but the move set off unintended consequences.

Last year the PS-DBM, headed then by former Undersecretary Lloyd Christopher Lao until he resigned in June 2021, was thrust into the public eye during a monthslong inquiry by the Senate blue ribbon committee on alleged overpricing of pandemic supplies and the agency’s alleged favoritism toward undercapitalized Pharmally Pharmaceutical Corp. as the contractor.

The PS-DBM has since removed pandemic supplies from the list of common-use items.

But Santiago said the agency would still complete the ongoing procurement of non-common-use items already ordered before the new policy took effect.

“But that will be the last. After that, no more. All procurement will be of common-use supplies and equipment only,” he said in Filipino.

After last year’s Pharmally scandal, the PS-DBM was again drawn into controversy after a recent Commission on Audit (COA) report flagged its purchase of expensive but outdated laptops for DepEd teachers.

On Friday it turned over to the National Bureau of Investigation documents related to the COA findings, among other contracts in recent years.

“This proves that the new administration of PS-DBM is serious in its aim to address the COA audit findings, and to learn whether there were any irregularities here or noncompliance with prevailing law,” Santiago said.

“The NBI is a highly competent investigation authority to take over the matter to ensure that the probe would be fair, impartial and independent. We do not want any room for suspicion,” he added.

Pimentel: PS-DBM knew of cheaper laptops but still got expensive ones