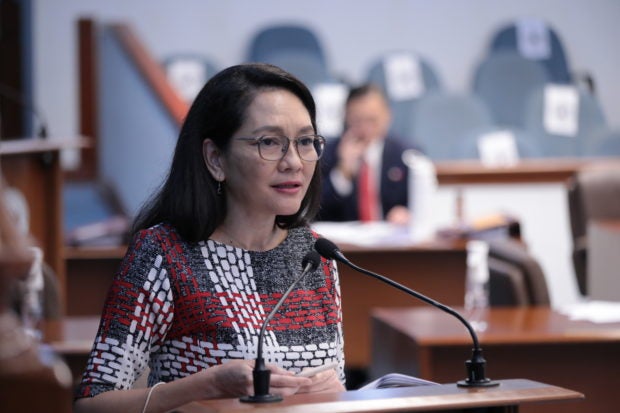 MANILA, Philippines — Testimonies from college students who were supposed to benefit from the Unified Student Financial Assistance System for Tertiary Education (UniFAST) have affirmed the alleged irregularities in the release of close to P7 billion in funds earmarked for the government’s student assistance program, Sen. Risa Hontiveros said on Tuesday.

Hontiveros said her office has been swamped with testimonies from college students who were supposed recipients of UniFAST, an attached agency under the Commission on Higher Education (CHEd) mandated to implement Republic Act No. 10931, or the Universal Access to Quality Tertiary Education Act.

Signed into law on Oct. 15, 2015, it aims to provide underprivileged Filipino students the opportunity to pursue college degrees through free tuition and exemption from other fees in state universities and colleges (SUCs) through a faster, unified, and more comprehensive system.

CHEd Chair Prospero de Vera III said he was ready to meet with the senator and clarify her concerns, adding that he would hold a press conference this week “to explain the side of CHEd and UniFAST.”

Hontiveros said the revelations from the intended recipients were heartbreaking, as they mostly come from poor families who have barely enough to remain in school.

“In one portion of the UniFAST program, about P1 billion in allowances wasn’t given from 2017 to 2021. And included in this amount are students who have health issues, students of solo parents, students with parents who lost their jobs during the pandemic,” she said in a television interview.

“These students are members of families of up to 10 children, children of farmers and fisherfolk, of indigent families under the 4Ps (Pantawid Pamilyang Pilipino Program),” Hontiveros added.

The lawmaker filed last Thursday Senate Resolution No. 128, calling for a Senate investigation into the implementation of UniFAST for what the Commission on Audit (COA) has flagged as “questionable releases.”

Quoting from the COA report, Hontiveros said UniFAST had P3.4 billion worth of “delayed and nonsubmissions of billings and documents” to SUCs and local universities and colleges for a period of 20 to 44 months.

UniFAST also posted some P1 billion in “unimplemented and unreverted funds” for the student loan program (SLP), and another P1 billion in “delayed release of financial benefits.”

“The [SLP] remained unimplemented as of Dec. 31, 2021, or more than four years since the enactment of RA 10931 [and is] largely attributable to the defect in the tripartite memorandum of agreement between the CHEd, UniFAST Board and the Development Bank of the Philippines, particularly the absence of a loan repayment mechanism,” the COA report said.

“For any legislator and during or beyond the budget debates, COA audit reports are like solid gold. They’re enough to show that agencies’ lapses need to be explained,” Hontiveros noted.

She lamented that while its name was UniFAST, it has been “unislow” in giving aid to its recipients.

“Some students revealed to us that the last time they received their UniFAST allowance or tuition was way back in 2019, while others received theirs that is equivalent to half a semester only,” she said.

Others who are set to graduate this year told the senator that they have not received their allowances since their first year, or a delay of four or five years.

Some recipients have been lodging their claims with the CHEd over the years, only to be told that the program has run out of funding, a claim which Hontiveros said was not true.

“Others were also often asked (by school officials) if they have already received allowances sent to them, when in fact, they have not received even a single centavo. They never got it, so are these students being made fools?” she said.

Expressing their support for a Senate investigation, UniFAST scholars, who spoke on condition of anonymity for fear of reprisal from their university, blamed the CHEd for the delayed release of their allowances.

“We have been submitting all the requirements but still, we have not been getting the full amount; worse, what we’re receiving now is supposedly for our second year, but we’re already in the fourth year,” a student said.

“The psychological impact (of having to spend for your schooling) was just too much. I am already a clinical psychologist and yet that was one of my darkest times [when] our universities had to ‘lend’ us money just because the CHEd disbursements were late; for some, it never arrived,” another recipient told Hontiveros in a message.

De Vera said the commission took Hontiveros’ allegations “seriously,” noting that the “questionable releases” have been answered by CHEd-UniFAST in its reply to the COA.

“Observations (e.g. inefficient billing) requiring action from CHEd-UniFAST have been corrected as these allegations stem from COA observations 3-4 years ago (AY 2018-2019 and AY 2019-2020),” De Vera said in a statement sent to reporters on Aug. 11.

Meanwhile, the CHEd office in the National Capital Region launched a social media campaign soliciting testimonials from scholars, even coming up with its own campaign hashtag #IStandWithChedUnifast to defend the agency.

“Calling our FHE (Free Higher Education), TES (Tertiary Education Subsidy), TDP (Tulong Dunong Program) grantees! Let us prove to Senator Hontiveros that we, grantees benefit from the subsidy given by the CHEd UniFAST. Let us stand and fight for the free education and subsidy that we have received from the government as big help in our studies,” the CHED Pinaskolar NCR Facebook page posted.

“We have not [received] our TDP for the past two years but you keep on forcing us to renew requirements. Many students have a similar problem, so we can’t help but wonder where the funds are going,” a grantee commented on the post.

“Could you at least respond to our cases through email or through a call? There are many cases of the TDP who have not received their subsidy even if they are already graduates. We have been asking for an office visit but we have not gotten a response,” another user said.

Others also took to Twitter to air their dismay over Hontiveros’ revelations.

“Since the time my financial assistance was transferred to UniFAST, I have not received anything. They just kept on requiring us to submit (transcript of records) but it’s been two years and still nothing,” said Twitter user @martinezjoanna.

—WITH REPORTS FROM JANE BAUTISTA AND INQUIRER RESEARCH