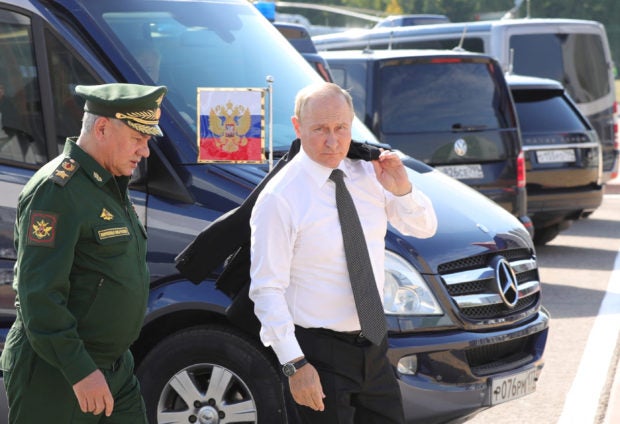 MOSCOW — Russia has “no need” to use nuclear weapons in Ukraine, its defense minister said on Tuesday, describing media speculation that Moscow might deploy nuclear or chemical weapons in the conflict as “absolute lies”.

“From a military point of view, there is no need to use nuclear weapons in Ukraine to achieve the set goals. The main purpose of Russian nuclear weapons is to deter a nuclear attack,” Sergei Shoigu said during a speech at an international security conference in Moscow.

“The media are spreading speculation about the alleged use of Russian tactical nuclear weapons in the course of the special military operation, or about the readiness to use chemical weapons. All these informational attacks are absolute lies.”

Shoigu also alleged Ukrainian military operations were being planned by the United States and Britain, and that Nato had increased its troop deployment in eastern and central Europe “several times over”.

Referring to the New START Treaty to control U.S. and Russian nuclear arms, Shoigu said talks to extend the treaty were “a two-way street”, and the situation around it was “difficult”.

“A difficult situation is also developing with regard to the Treaty on the Limitation of Strategic Offensive Arms. The agreement remains in force until 2026,” Shoigu added.

“On the Russian side, obligations are being fulfilled, the declared levels of carriers and warheads are maintained within the established limits.”

Putin lashes out at US over Ukraine, Taiwan