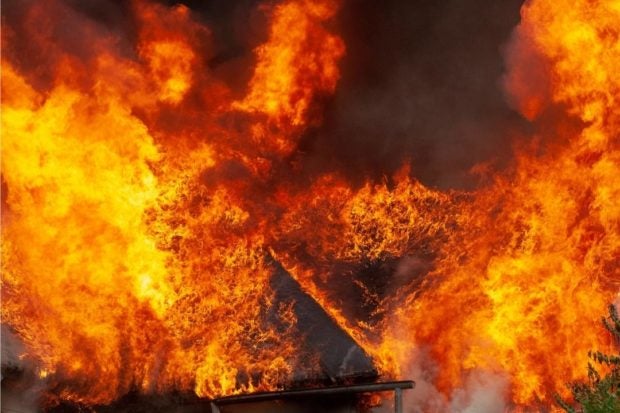 MOSCOW — Russia said Tuesday that a fire had set off explosions at a munitions depot in Crimea, a week after a series of similar blasts at an airbase in the peninsula annexed from Ukraine.

The defense ministry said in a statement that a fire erupted around 6:15 am local time (0315 GMT) at a temporary military storage site near the village of Mayskoye in the Dzhankoi district, causing ammunition to detonate.

Images posted on social media showed huge fireballs erupting at the site and clouds of black smoke billowing into the air.

The ministry said no one had been seriously injured and that work was underway to determine the cause of the fire.

Crimea’s Moscow-appointed governor Sergei Aksyonov, who went to the site, said two civilians had been injured but that their lives were not at risk.

Local officials told Russian news agencies that some 2,000 people were evacuated from the area as a precaution.

Russia annexed Crimea in 2014 in the wake of massive nationwide street demonstrations in Ukraine that led to the ouster of a Kremlin-friendly president.

Those protests precipitated fighting between the army and Moscow-backed separatists in eastern Ukraine, which laid the groundwork for Moscow’s full-scale assault on February 24 this year.

On August 9, Moscow said ammunition had detonated at a military airfield in Crimea, killing one person and wounding several more.

It indicated that the airfield was not targeted by Ukrainian forces but experts said satellite imagery pointed to a likely attack, with several Russian warplanes destroyed.

Ukraine has not claimed responsibility for any attacks in Crimea but officials have made several comments suggesting its forces could be involved.

On Tuesday, top Ukrainian presidential aide Mykhailo Podolyak said the latest blasts in Dzhankoi were a “reminder” that “Crimea occupied by Russians is about warehouses explosions and high risk of death for invaders and thieves”.