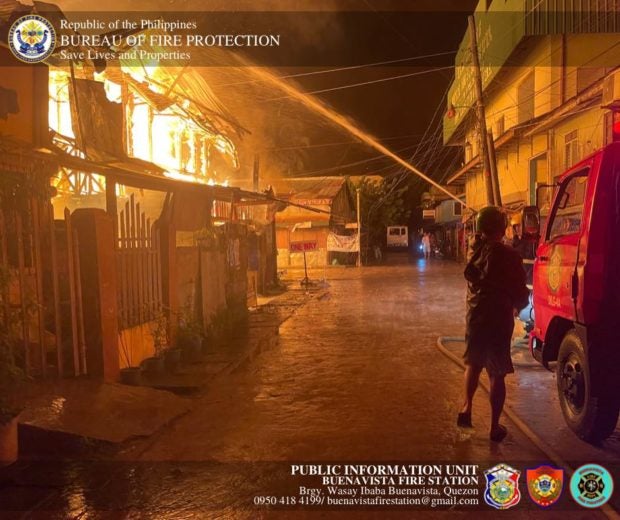 Senior Fire Officer 4 Ramil Caparros, commander of the Buenavista fire station said on Tuesday, August 16, that the blaze at the town center near the public market left 45 families homeless.

Some firemen from neighboring towns helped put out the blaze.

“Most of the burned houses were made of wood and light materials. The establishments were mostly small stores,” Caparros said in a phone interview.

Vice Mayor Alvin Rivera said the burned residential houses were old. “One of them was more than 100 years old,” Rivera said over the phone.

He said the local government had declared a state of calamity.

Caparros said the fire was probably caused by “electrical ignition due to overloading,” citing initial investigation.

He said no casualties and injuries were reported due to the fire.