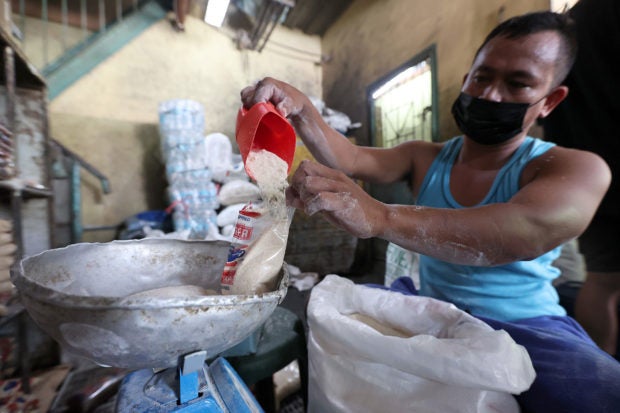 MANILA, Philippines —President Ferdinand “Bongbong” Marcos Jr. has emphasized the importance of expanding the supply of quality sugar used in food manufacturing in guaranteeing the sustained availability and protection of jobs in the local economy.

In his meeting with food manufacturers on Monday, Marcos gave assurance that the government is exerting all efforts to address sugar supply issues.

He said there is a need to assess the government’s measures in increasing the sugar supply in the country.

“It has become a worrisome problem. We are doing all of these things to protect the jobs of workers in those industries,” Marcos said, quoted as saying in a press release issued Tuesday.

“So we are studying several measures that we can take to immediately increase the supply of sugar in the country,” he added.

Marcos said the government is also working on sugar prices and talking with traders to bring down the prices of the said commodity.

“Hopefully, we can get some concessions with the traders so that at least the pricing will be reasonable. The concern is the supply right now. I’ll make sure that there is sufficient supply in the country so that you can operate at full capacity,” he said.

Marcos is also looking into direct importation by food manufacturers with the approval of the Sugar Regulatory Administration (SRA) as part of emergency measures to address current industry concerns.

He said that while the country needs to increase sugar production in the future, it must first address the current pressing concerns of food producers.

The President said the Philippines might need to import sugar in October this year if the supply runs out.

However, the amount would be smaller than the proposed 300,000 metric tons of sugar he rejected earlier.

Marcos said the Philippines might only need 150,000 metric tons.