Padilla on drug syndicates fueled by big funds: We know these devils 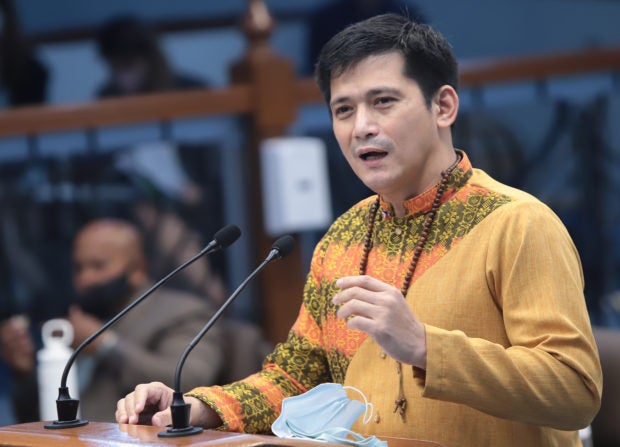 MANILA, Philippines –  Senator Robin Padilla said on Tuesday that he was aware that drug syndicates in the country had a budget that dwarfed the government’s.

During the organizational meeting of the Senate panel on public order and dangerous drugs, the neophyte lawmaker said his familiarity with drug operations in the country stems from his experience in jail when he was convicted for illegal possession of firearms in 1994.

READ: Robin Padilla: I already paid for my sins in jail

(I’m sorry, I’ve been in prison before. I know these demons. They’re big syndicates. And if we compare, the government’s budget may only be one-fourth of their budget for drug shipments.)

Padilla also reiterated the need for the Philippine National Police (PNP) and the Philippine Drug Enforcement Agency (PDEA) to intensify their crackdown on illegal drugs in the country.

(Just like what Chairman dela Rosa said, we need to enjoin our courageous personnel at the PNP and PDEA who are ready to go head-to-head with these drug players.)

Padilla, a known actor-turned-politician, is a supporter of former President Rodrigo Duterte’s brutal war on drugs. He earlier claimed that extrajudicial killings, which largely marred the previous administration’s anti-illegal drug campaign, is in line with the government’s efforts to eradicate criminality in the country.

‘It has to be a war:’ Duterte won’t apologize for drug crackdown