This was confirmed by Comelec chairperson George Garcia in a Viber Message to reporters on Monday. He said Celis’ appointment paper was dated August 11 and that Executive Secretary Victor Rodriguez signed it.

Garcia, however, clarified that Celis “cannot assume yet until confirmed,” as he has received a regular appointment. 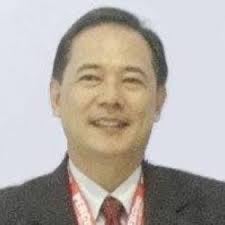 Meanwhile, in a separate statement, Comelec said it looks forward to working with Celis. It expressed hope that his nomination will be confirmed “so that Commission en banc, with him on board, can chart the future of automated elections in the Philippines.”

According to Comelec, Celis is a veteran Information Technology expert-practitioner and academician with 41 years of experience in the said field.

He served as executive vice president of the Pamantasan ng Lungsod ng Maynila until 2017, and lead consultant of ex-Comelec chairman Resurreccion Borra until 2008.