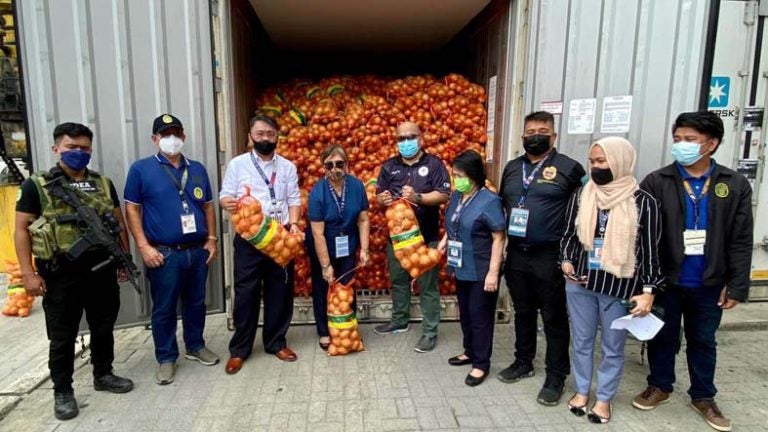 This came after the Bureau of Customs seized some P36 million worth of onions in Misamis Oriental that have been misdeclared as “spring roll patti” and “plain churros.”

According to Marcos, she remains unconvinced of a local shortage of white onions because the Department of Agriculture (DA) has not presented inventories of the crop vis-à-vis its planting and harvest seasons.

“The DA was urged to assess white onion shortage, as it was asked on sugar and porcine PAP (processed animal protein) shortages. Again, no data could be presented, just blanket claims that ‘Wala po talagang laman ang mga bodegang pinuntahan namin’ (The warehouses we inspected were really empty),” Marcos explained.

The senator then warned all those involved in the illegal activity.

“Let this serve as a fair warning to all concerned, we are aware of the modus operandi going on. It’s the same old story. Paulit-ulit na lang, eh (It just keeps repeating itself),” said Marcos.

“First, they smuggle. Then they create a shortage, and produce a legitimate import permit. By next week, I have no doubt smuggled onions will flood the market covered by a ‘legitimate’ importation order of gargantuan proportions,” she added.